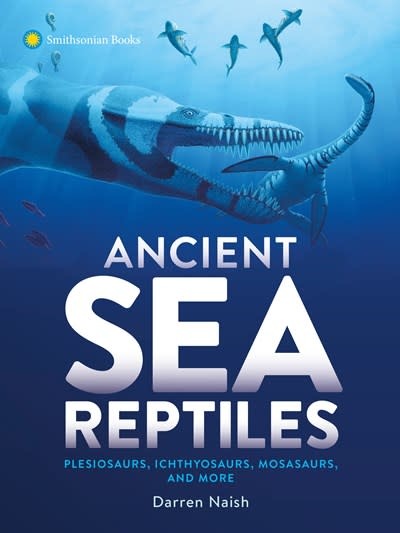 Ancient Sea Reptiles: Plesiosaurs, Ichthyosaurs, Mosasaurs, and More examines the anatomy, behavior, diversity, lifestyle, and evolutionary rise of creatures who conquered the seas for 150 million years during the Mesozoic era. Expert paleontologist Darren Naish puts these fearsome and mighty creatures under the microscope and transports readers to wild and primeval waters. In this gorgeously illustrated book, amazing creatures leap off the page, including:

Chapter 10: After the Mesozoic

More than 80 percent of the world’s vast ocean is unmapped and unobserved, prompting the imagination to run wild on what might lurk in its depths. But Ancient Sea Reptiles proves that what stirs the imagination even more are the spectacular prehistoric creatures that have already been discovered. The book is a feast for the eyes and the scientific mind.

DARREN NAISH is a vertebrate paleontologist and research associate at the University of Southampton. He is the coauthor of Dinosaurs: How They Lived and Evolved.