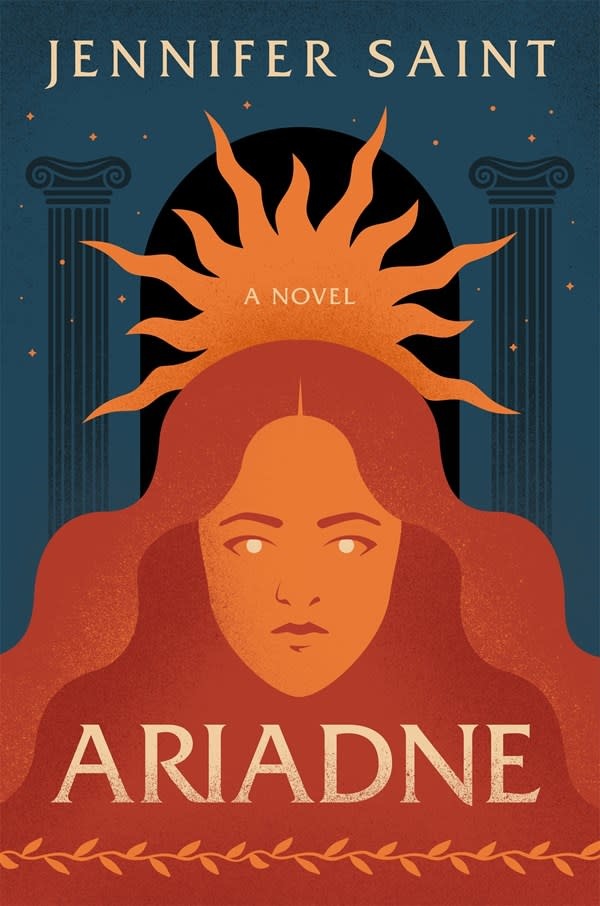 For fans of Madeline Miller's Circe, an epic feminist retelling of the Greek myth of Theseus and the Minotaur, from the perspective of Ariadne and her sister Phaedra.

Ariadne, Princess of Crete, grows up greeting the dawn from her beautiful dancing floor and listening to her nursemaid’s stories of gods and heroes. But beneath her golden palace echo the ever-present hoofbeats of her brother, the Minotaur, a monster who demands blood sacrifice every year. When Theseus, Prince of Athens, arrives to vanquish the beast, Ariadne sees in his green eyes not a threat but an escape. Defying the gods, betraying her family and country, and risking everything for love, Ariadne helps Theseus kill the Minotaur. But will Ariadne’s decision ensure her happy ending? And what of Phaedra, the beloved little sister she leaves behind?

Hypnotic, propulsive, and utterly transporting, Ariadne forges a new epic, outside the traditional narratives of heroism and glory that leave no room for women.

Due to a lifelong fascination with Ancient Greek mythology, Jennifer Saint read Classical Studies at King’s College, London. She spent the next thirteen years as an English teacher, sharing a love of literature and creative writing with her students. Ariadne is her first novel, and she is working on another retelling of an ancient myth for her second, revolving around Clytemnestra and her daughter Electra.