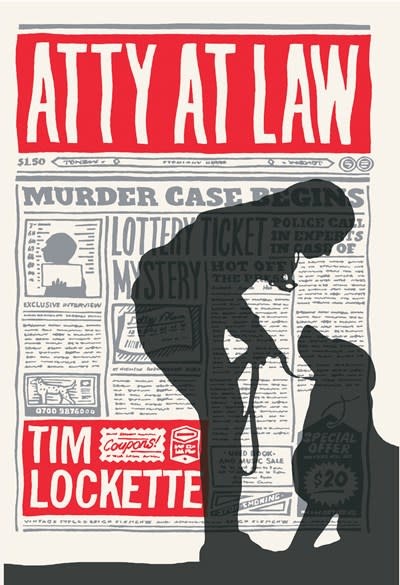 Introducing Atticus Peale! A debut middle-grade novel featuring a savvy sleuthing heroine sends a powerful message about standing up for others. Now available in paperback.

“Lockette deftly juggles issues of race, ... parental loss, bullying, animal rights, and much more in this touching and at times laugh-out-loud tale of a lawyer-to-be. Atty’s voice is authentic, and her trials (both in court and in school) will resonate with readers. A double-must-read for all animal lovers.” —Kirkus Reviews, starred review

"A legal thriller in the vein of the Theodore Boone series by Grisham, but with considerably more heart."—Equal Opportunity Today

Atticus Peale is desperately trying to save the life of a dog in the animal shelter where she volunteers. And an alligator in the swamp who only allegedly tried to eat a fisherman. Her father named her after his favorite character, a lawyer in a famous book, but everyone calls her Atty, and no one, except her dad, stepmom, and stepbrother, thinks she's old enough to make a legal case for those who, as Atty points out, can't speak up for themselves.

She's learning some law basics from her dad, who is defending an illiterate man in town on a murder charge. But when strange occurrences begin to threaten Atty's efforts, she isn't sure which is more difficult: coming to the defense of the voiceless, countering the sideways looks she and her biracial family get in their Alabama town, or navigating the social scene of middle school. But one thing she is sure of: Jethro Gersham did not kill anyone, and she is determined to find out who did.

Full of grit, curiosity, and all the awkwardness and anxiety that come with turning twelve, Atty at Law will have readers cheering for Atty's success .... and survival!

Tim Lockette is a reporter, novelist and teacher of journalists. He has written for Teaching Tolerance, The Anniston (Ala.) Star and The Gainesville (Fla.) Sun, among other publications, and has done extensive reporting on Alabama's death penalty. He is the author of the middle-grade novel Atty at Law and the young adult novel Tell It True (Triangle Square 2021), which was a Junior Library Guild Selection and about which the New York Times Book Review said, “readers are likely to turn the final page of her story with new perspectives”. He lives in Alabama with his family.