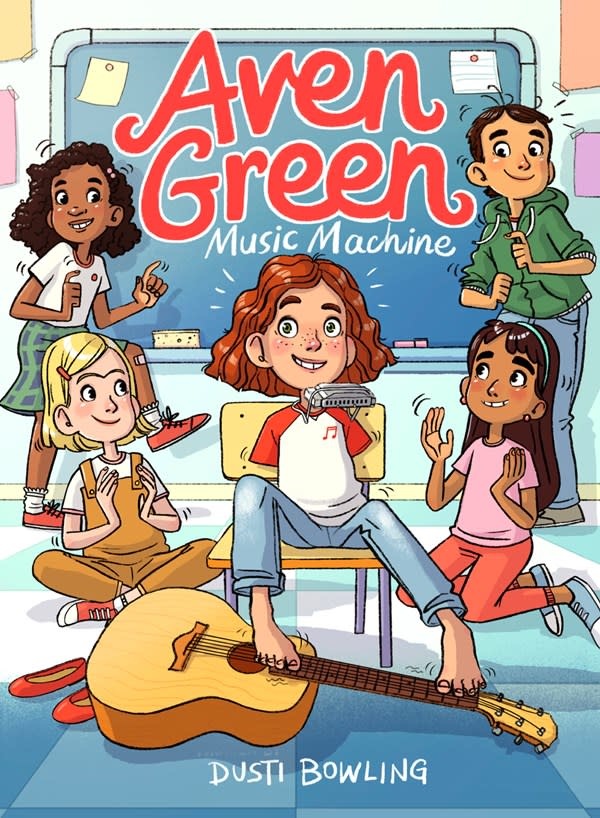 Aven Green, the remarkable heroine of Dusti Bowling’s Life of a Cactus series, marches to her own beat in this hilarious, upbeat, and unforgettable chapter book.

Third-grader Aven Green is a real professional musician! She just needs to choose what instrument to play. When she decides to try the piano, Aven is disappointed when she can’t master Mozart in one whole day. To pick up Aven’s beat, her parents take her for a four-hour drive to see someone just like her play the guitar. With new inspiration and a special gift from her great-grandma, Aven is ready to take on the school talent show. Will she be ready in time? Or will she blow her big chance?

Dusti Bowling grew up in Scottsdale, Arizona, where, as her family will tell you, she always had her nose in a book. Dusti holds a bachelor of psychology and a master of education, but she eventually realized that her true passion was writing. She lives in Arizona, with her husband, three daughters, one bobcat, a pack of coyotes, a couple of chuckwallas, several rattlesnakes, and a few herds of javelina. Dusti can be found on Twitter (@Dusti_Bowling) and Instagram (@dustibowling).

Gina Perry graduated from Syracuse University, worked as a compositor in animation, then an art director for a stationery manufacturer, before discovering her true passion—writing and illustrating children’s books. She lives with her family in New Hampshire.