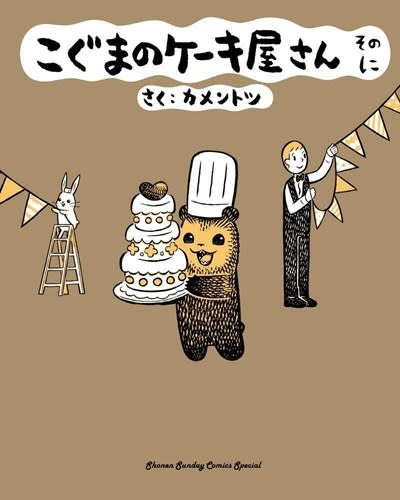 Big changes are coming to Baby Bear's Bakery! First, Bear has been isekai'd and has become the Demon Lord! Now as an evil villain Bear's current obsession is bad customer service! Mwa ha ha! Then, Bear decides to go to school! There's still plenty for him to learn, but in this case, Bear's got his share of topics to teach the next generation of dessert lovers.