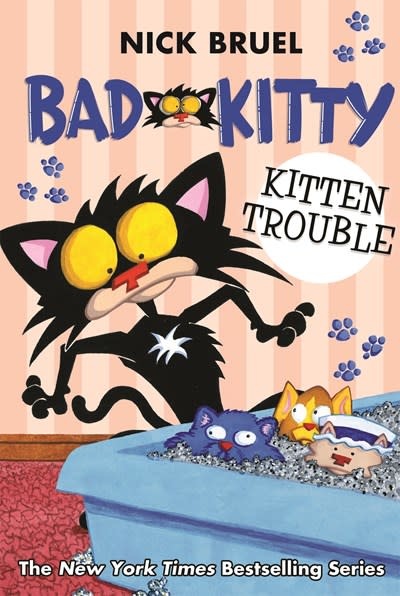 Bad Kitty has a visit from some young feline frenemies in this twelfth installment of the New York Times–bestselling chapter book series.

There's terrible news in the neighborhood next to Kitty's! A conflict there is growing worse and worse. It started as an argument and has now turned into a full-fledged fight. Worst of all: The cat shelter has been destroyed.

Kitty's family decides it's time to do something to help. Their idea: Foster as many displaced kittens as possible.
Kitty won't mind, right?

Well . . . not exactly. Kitty does seem to mind.
She minds A LOT.
Will our favorite bad-tempered friend learn to share her space, her food, and (GASP!) her toys?

Find out in this hilarious and poignant addition to the Bad Kitty series.