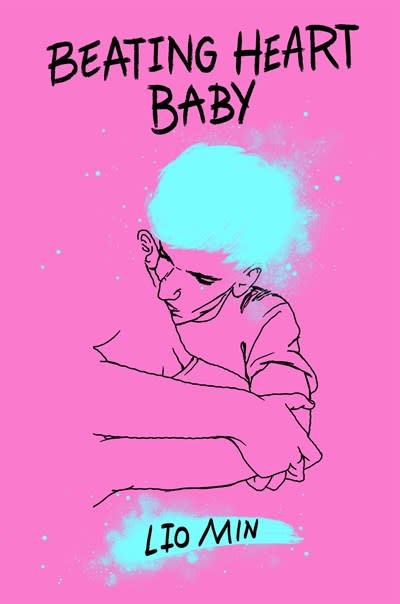 Santi has only had his heart broken one time, and it was all his fault. When he accidentally leaked his internet best friend Memo’s song, and it became an overnight hit, Memo disappeared—leaving their song’s cult fame, and Santi, behind.

Three years later, Santi arrives in Los Angeles with a mission: get over the ghost of Memo. Thankfully, his new school and its wildly-talented Sunshower marching band welcome him with open arms. All except for his section leader, the prickly, proud, musical prodigy Suwa. But when Santi realizes Suwa is trans, then Suwa realizes Santi takes his identity in stride, both boys begin to let their guards down. Santi learns Suwa's surliness masks a painful, still raw history of his own, and as they open up to each other, their friendship quickly takes on the red-hot blush of a mutual crush.

Just as Santi is feeling settled in this new life, with a growing found family and a head-over-heels relationship with Suwa, he begins to put together the pieces of an impossible truth—that he knows both more and less of Suwa's story than he's been told. Their fragile fresh start threatens to rip apart at the seams again when Suwa is offered the chance to step into the spotlight he’s owed but has always denied himself. Now, Santi and Suwa must finally reckon with their dreams, their pasts—and their futures, together or apart.

Lio Min has listened to, played and performed, and written about music for most of their life. Their debut novel Beating Heart Baby is about boys, bands, and Los Angeles. They’ve profiled and interviewed acts including Japanese Breakfast, Rina Sawayama, MUNA, Caroline Polachek, Christine and the Queens, Raveena, Tei Shi, Speedy Ortiz, and Mitski.