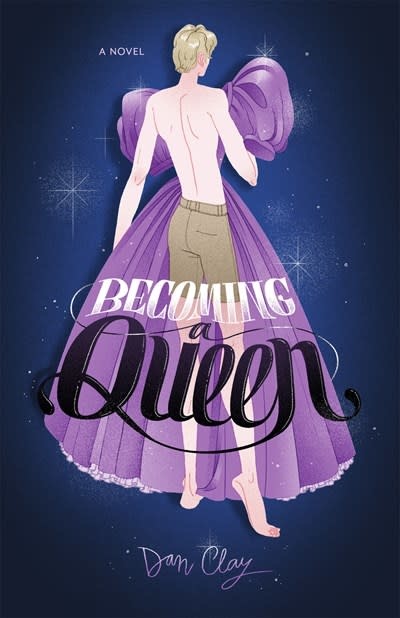 A vibrant and emotional YA debut about a boy who—when the unthinkable happens—turns toward love, self-acceptance, and the power of drag.

After proving "too gay" for the only other gay guy at school, seventeen-year-old Mark Davis has given up on love. Thankfully, his older brother Eric always knows just what to say: A good relationship makes you wanna be more of yourself. Not less.

And as things start looking up for Mark—in the form of Ezra Ambrose—Mark starts to see signs that his wise older brother might have problems of his own...

When tragedy capsizes the Davis family, the source of Mark’s strength suddenly becomes the source of his greatest pain. Desperate for an escape—to briefly live a different life—Mark slips into a purple, puff-sleeved princess dress. His sequined escape, however, becomes an unexpected outlet for his grief and an opportunity to see others as fully as he wants to be seen.

Dan Clay is a writer and drag queen thrilled to be making his debut as a novelist with Becoming a Queen. Until now, he focused on spreading love and positivity online through his drag persona, “Carrie Dragshaw.” His writing as Carrie has been featured in hundreds of magazines, newspapers, and television shows–from Cosmo to People to Watch What Happens Live–and his TED Talk on being your “whole self” details his first-hand experience with the healing power of drag. He lives in New York.