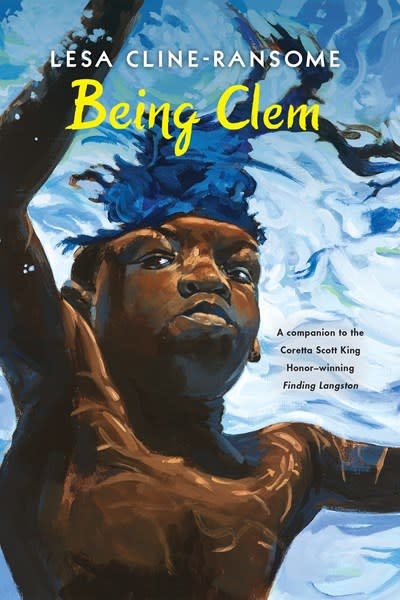 Clem can make anybody, even his grumpy older sisters, smile with his jokes. But when his family receives news that his father has died in the infamous Port Chicago disaster, everything begins to fall apart. Clem's mother is forced to work long, tough hours as a maid for a wealthy white family. Soon Clem can barely recognize his home--and himself. Can he live up to his father's legacy?

In her award-winning trilogy, Lesa Cline-Ransome masterfully recreates mid-twentieth century America through the eyes of three boys: Langston, Lymon, and, now, Clem. Exploring the impact of the Great Migration, the Harlem Renaissance, Jim Crow laws, and much more, Lesa's work manages at once to be both an intimate portrait of each boy and his family as well as a landscape of American history.

"There aren't any explosions in this spare story. Nor is there a happy ending. Instead, Langston discovers something more enduring: solace."--The New York Times

* "This is a story that will stay with readers long after they've finished it."--School Library Journal, Starred Review

* "The impact on the reader could not be more powerful. A memorable debut novel."--Booklist, Starred Review

* "A fascinating work of historical fiction . . . Cline-Ransome at her best."--Kirkus Reviews, Starred Review

* "Finding Langston is about cultural heritage and personal growth and, at its heart, about finding home wherever you land."--Shelf Awareness, Starred Review

Lesa Cline-Ransome is the author of almost twenty books for young readers, including Before She was Harriet and the Finding Langston trilogy. Her work has received a plethora of honors, including dozens of starred reviews, NAACP Image Award nominations, a Coretta Scott King Honor, and a Christopher Award, and has been named to ALA Notable Books and Bank Street Best Children's Books lists. She lives in Rhinebeck, NY.