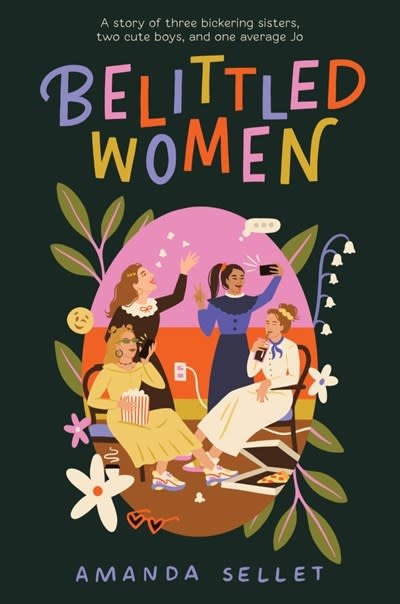 Sharp and subversive, this delightfully messy YA rom-com offers a sly wink to the classic Little Women, as teenage Jo Porter rebels against living in the shadow of her literary namesake.

Jo Porter has had it up to her eyeballs with Little Women. It would be bad enough if it had stopped with her Alcott-obsessed mother naming her three daughters Meg, Jo, and Bethamy (yes, that’s two March sisters in one). But ever since Jo’s mom, ahem Marmee, inherited a rambling, old house, they’ve been enlisted to play their namesakes in a living history attraction. It’s Jo’s mother’s dream, but for Jo, it’s a nightmare: Civil War–era fashions in the heat of summer, a constant stream of fanatic tourists, and perhaps worst of all, being a regular field trip destination for her classmates.So when a famed photojournalist shows up to document Little Women Live! for her next article, Jo seizes on the glimpse of another life: artsy, worldly, and fast-paced. It doesn’t hurt that her teenage son, Hudson, is along for the ride, and he is a) cute, b) interested in Jo, and c) not at all interested in Little Women.But perhaps Jo is a little too honest about her distaste for the famed novel and her role in the family biz—and not all that glitters is gold when it comes to the sophisticated, artsy city life. With a little help from Jo’s longtime best friend and cute neighbor, who is nothing like Book Laurie (please stop making that comparison!), Jo is forced to admit that maybe real life is much more complicated and messier than fiction.

Debut author Amanda Sellet had a previous career in journalism, during which she wrote book reviews for the Washington Post, personal essays for NPR, and music and movie coverage for VH1. These days she lives in Kansas with her archaeologist husband and their daughter.