Home » Better Than the Movies 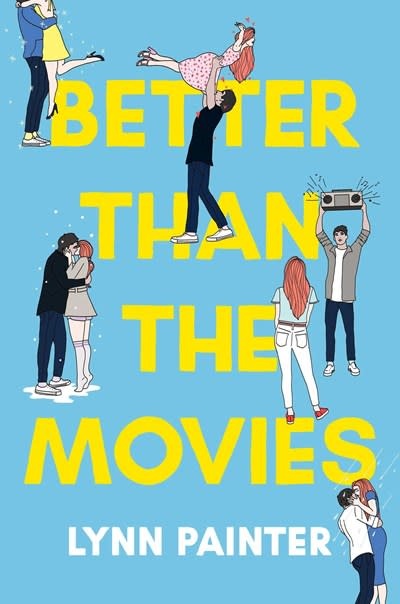 Better Than the Movies

In this rom-com about rom-coms, in the spirit of Kasie West and Jenn Bennett, a hopeless romantic teen attempts to secure a happily-ever-after moment with her forever crush, but finds herself reluctantly drawn to the boy next door.

Perpetual daydreamer Liz Buxbaum gave her heart to Michael a long time ago. But her cool, aloof forever crush never really saw her before he moved away. Now that he’s back in town, Liz will do whatever it takes to get on his radar—and maybe snag him as a prom date—even befriend Wes Bennet.

The annoyingly attractive next-door neighbor might seem like a prime candidate for romantic comedy fantasies, but Wes has only been a pain in Liz’s butt since they were kids. Pranks involving frogs and decapitated lawn gnomes do not a potential boyfriend make. Yet, somehow, Wes and Michael are hitting it off, which means Wes is Liz’s in.

But as Liz and Wes scheme to get Liz noticed by Michael so she can have her magical prom moment, she’s shocked to discover that she likes being around Wes. And as they continue to grow closer, she must reexamine everything she thought she knew about love—and rethink her own ideas of what Happily Ever After should look like.

Lynn Painter lives in Omaha, Nebraska, with her husband and pack of wild children. She’s a biweekly contributor to the Omaha World-Herald’s parenting section, even though she is the polar-opposite of a Pinterest mom. When she isn’t chasing kids, she can be found reading, writing, and shot-gunning Red Bulls.