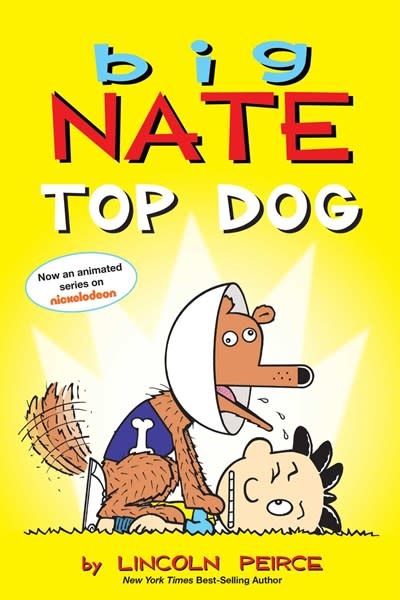 A special Big Nate volume including all of the comics from Big Nate And Friends and Big Nate Makes The Grade.

The adventurous antics of sixth grader Nate Wright are on full display in this special collection, which includes all the comics from classic titles Big Nate and Friends and Big Nate Makes the Grade. Joining Nate in the fun at P.S. 38 are his best pals, Francis and Teddy. Whether he's setting the school record for detentions, earning an A for annoying teacher's pet Gina, or inventing new ways to trash talk during a chess tournament, Nate's talent for making mischief is second to none.

Lincoln Peirce has been drawing the Big Nate comic strip for more than 25 years. Born in Ames, Iowa, Peirce grew up in Durham, New Hampshire. As a kid, he began creating his own strips in the sixth grade. Peirce taught high school in New York City and has created several animated pilots for Cartoon Network and Nickelodeon. He lives in Portland, Maine, with his family.