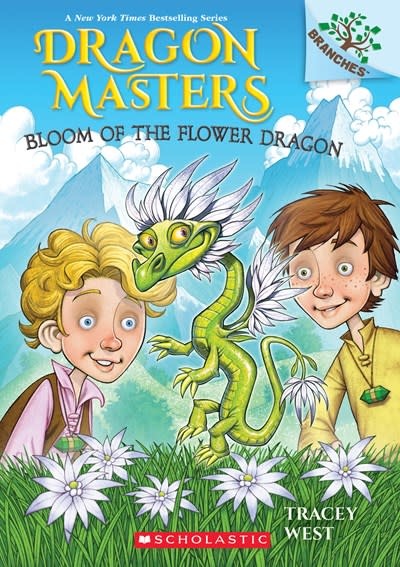 Drake and Worm must help a Flower Dragon protect his home in the latest action-packed installment of this New York Times bestselling series!Pick a book. Grow a Reader!This series is part of Scholastic's early chapter book line, Branches, aimed at newly independent readers. With easy-to-read text, high-interest content, fast-paced plots, and illustrations on every page, these books will boost reading confidence and stamina. Branches books help readers grow!A Flower Dragon named Wildroot has come to Bracken! He needs help because his home is in danger. The Dragon Masters must find this small dragon his own Dragon Master. The Dragon Stone reveals a boy named Oskar, who is disappointed that he does not have a big, fire-breathing dragon. Can Oskar and his dragon learn to work together in time to save the Flower Dragons from a terrible monster? With engaging black-and-white artwork on every page, kids won't be able to put down this action-packed adventure!

Graham Howells is a children's book author and illustrator. He also produces artwork for games, television, and film. Howells won the 2009 English-Language Award for his book, Merlin's Magical Creatures.