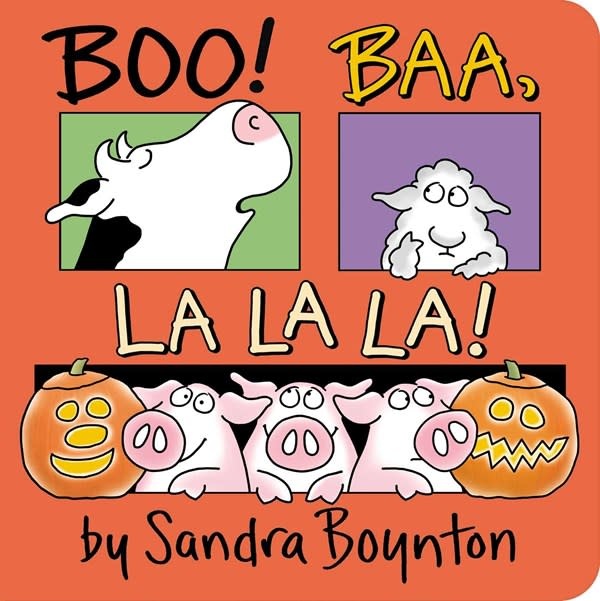 From the beloved and bestselling Sandra Boynton comes a terrific new Halloween board book. A long-lost cousin of her classic Moo, Baa, La La La!, this delightful little story begins:

On Halloween, the cow says BOO.

She likes that word. It’s something new.

The littlest book-lovers and their families will enjoy following the gentle cow as she ventures out into the moonlit night, trying to discover who it was that replied to her “BOO” with a “BAA.” The surprise ending is certain to delight everyone—young or old, feathered or furry. Told and illustrated with Sandra Boynton’s celebrated charm and pizzazz, Boo! Baa, La La La! is a wonderful, not-scary treat, with all the markings of a Halloween classic. BOO!