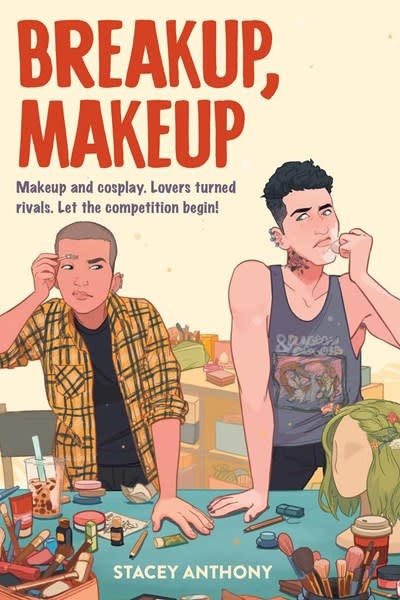 Lovers turned cosplay rivals go head-to-head for a chance at their dream school . . . a maybe a second chance at love.

Eli Peterson is a self-taught, up-and-coming makeup artist in the cosplay scene who is barely making ends meet. While they might be slaying it with their breathtaking looks, they’re also trying to save enough money for top surgery and convince their parents that their artistic dream is worthwhile. During a convention, Eli hears about Makeup Wars, a competition that could change everything . . .

The grand prize? A scholarship to Beyond, the best SFX school on the West Coast. The problem? Going head-to-head with the most talented up-and-coming makeup artists in the scene—including rival influencer Zachary Miller, their ex-boyfriend. Eli will have to juggle their makeup brushes, their rekindled feelings for Zach, and their self-doubt in order to win everything they’ve ever wanted: a chance to chase their dream and a second chance at love.