Home » But Have You Read the Book? 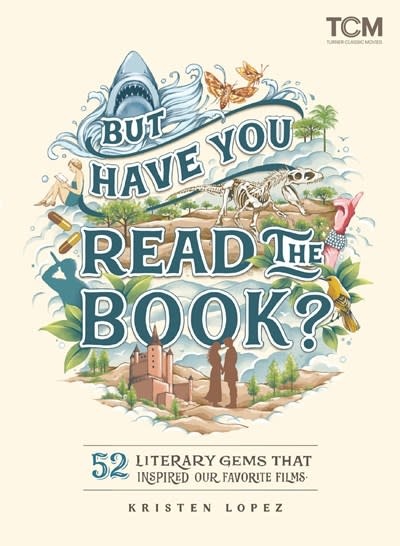 But Have You Read the Book?

For film buffs and literature lovers alike, Turner Classic Movies presents an essential guide to 52 cinema classics and the literary works that served as their inspiration.

“I love that movie!”

“But have you read the book?”

Within these pages, Turner Classic Movies offers an endlessly fascinating look at 52 beloved screen adaptations and the great reads that inspired them. Some films, like Clueless—Amy Heckerling’s interpretation of Jane Austen’s Emma—diverge wildly from the original source material, while others, like One Flew Over the Cuckoo's Nest, shift the point of view to craft a different experience within the same story. Author Kristen Lopez explores just what makes these works classics of both the page and screen, and why each made for an exceptional adaptation—whether faithful to the book or exemplifying cinematic creative license.

Other featured works include:

Kristen Lopez is a pop culture essayist and TV editor for IndieWire. She has worked as an entertainment journalist for over 15 years, with her articles appearing at Variety, MTV, TCM, and Roger Ebert. A California native, Kristen was raised in a small suburb near Sacramento and graduated with a Masters in English from California State University, Sacramento. She is the creator of the classic film podcast, Ticklish Business. Based in Los Angeles, she enjoys reading and finding Old Hollywood connections in her neighborhood in her free time. But Have You Read the Book? is her first book.