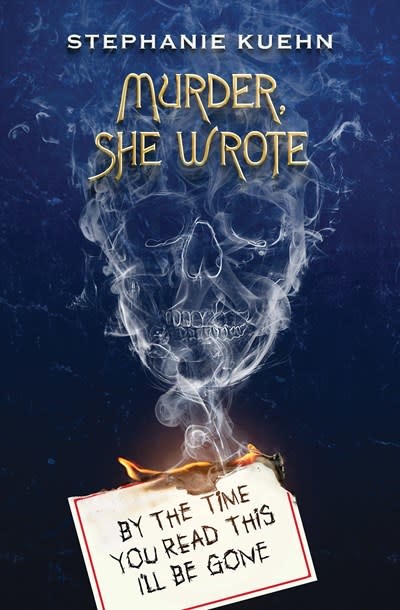 By the Time You Read This I'll Be Gone (Murder, She Wrote #1)

Small town murders.Big time thrills.A suspenseful, modern update of the classic mystery TV series that's perfect for fans of One of Us Is Lying, Sadie, and Gossip Girl."Killers walk among us. Statistically, at least one of them knows your name…"Beatrice Fletcher is obsessed with unsolved murders in her small town of Cabot Cove, Maine like her great-aunt Jessica, the famous mystery writer. But when her best friend Jackson goes missing, this time the mystery is personal.Then Jackson fails to show up for a late night meet-up, and instead, Bea stumbles upon three students from the elite Broadmoor Academy: overly-friendly and slightly vicious Leisl, her aloof twin brother, Leif, and Carlos, who knows more about, well, everything than he’s letting on. They’re worldly, secretive, and big on playing games like tenace, the hush-hush Broadmoor tradition where anything or anyone can be a clue to future fame and fortune, and players will stop at nothing -- including murder -- to get ahead.If Bea wants to find Jackson, she too must join the game and play to win. Everyone in Cabot Cove has secrets, and it’s up to Bea to ferret them out before it’s too late in this thrilling modern update of the classic television show.

Stephanie Kuehn is a clinical psychologist and an award-winning author of six novels for teens, including Charm & Strange, which won the ALA's 2014 William C. Morris Award for best debut young adult novel. Booklist has praised her work as "Intelligent, compulsively readable literary fiction with a dark twist." As a lifelong Murder, She Wrote fan, Stephanie recently introduced the series to her own teenagers, who now share her love of mystery and all things Cabot Cove.