Home » Call and Response: The Story of Black Lives Matter 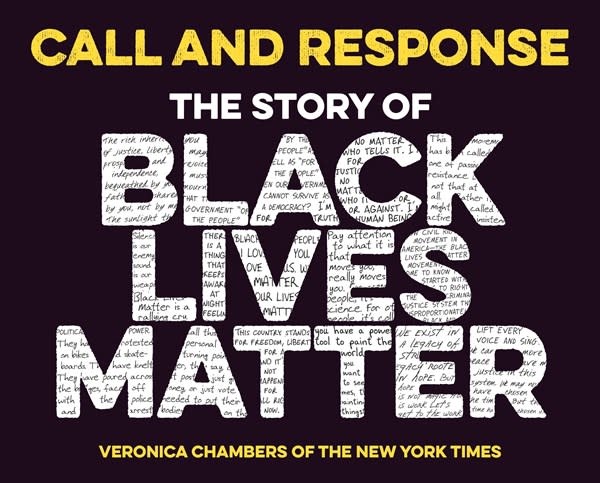 Call and Response: The Story of Black Lives Matter

In 2020, the world watched history in the making across the streets of America. The rallying cry of Black Lives Matter captured global attention and spurred thousands of people of all ages, races, genders, and backgrounds to stand up for major social reform. The widespread protests were fueled by a growing understanding that deep-seated racism is a systemic problem that undermines the very nature of democracy. But where did this movement begin? And why, after years of work by everyday people, did the world stop and listen?

Call and Response: The Story of Black Lives Matter covers the rise of Black Lives Matter and how it has been shaped by United States history. From the founders of the movement—Alicia Garza, Patrisse Cullors, and Opal Tometi—to the watershed moments that challenged people to take action, this book tells the story of how a hashtag became a movement. It follows the activists and organizers on their journeys, examines some of the ways that protest has been fundamental to American history, and shows how marches, rallies, and demonstrations can be vital tools for making meaningful change.

In this essential history, the New York Times writer Veronica Chambers explores Black Lives Matter through striking photographs, in-depth reporting, stunning visual timelines and graphics, and important quotes. Call and Response is perfect for young readers who need an introduction to this impactful movement—and for any reader looking for concrete information on this timely topic.

Veronica Chambers is the editor of Past Tense at The New York Times. She recently created the anthology "The Meaning of Michelle," a collection by 16 writers celebrating the former first lady, and edited the upcoming "Queen Bey: A Celebration of the Power and Creativity of Beyoncé Knowles-Carter." She is a prolific author, best known for her critically acclaimed memoir, Mama's Girl. Born in Panama and raised in Brooklyn, she writes often about her Afro-Latina heritage. She speaks, reads, and writes Spanish, but she is truly fluent in Spanglish. She is currently a JSK Knight fellow at Stanford University. www.veronicachambers.com, Twitter: @vvchambers, Instagram: @vvchambers