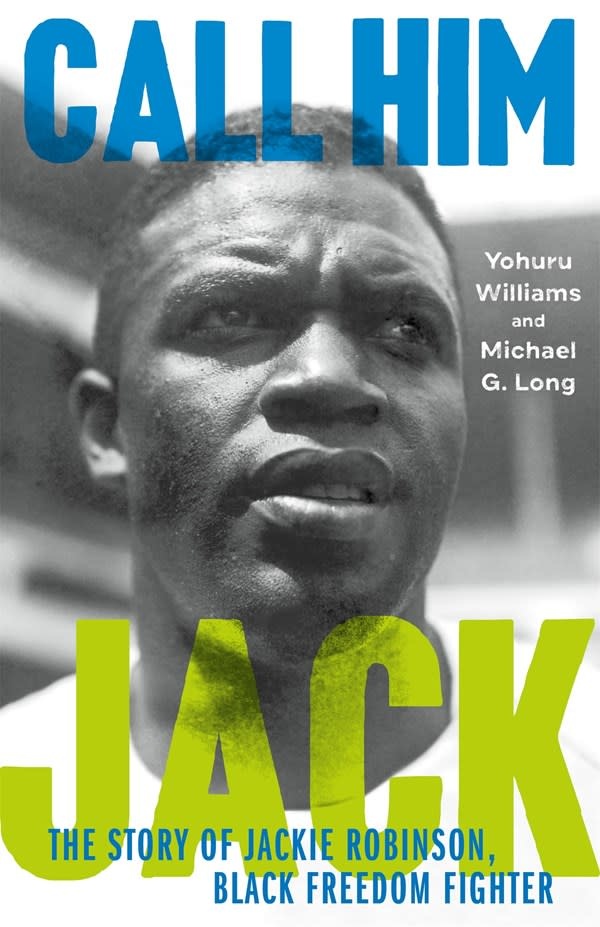 An enthralling, eye-opening portrayal of this barrier-breaking American hero as a lifelong, relentlessly proud fighter for Black justice and civil rights.

According to Martin Luther King, Jr., Jackie Robinson was “a sit-inner before the sit-ins, a freedom rider before the Freedom Rides.” According to Hank Aaron, Robinson was a leader of the Black Power movement before there was a Black Power movement. According to his wife, Rachel Robinson, he was always Jack, not Jackie—the diminutive form of his name bestowed on him in college by white sports writers. From two prominent Robinson scholars comes this electrifying biography that recovers the real person behind the legend, reanimating this famed figure’s legacy for new generations, widening our focus from the sportsman to the man as a whole and deepening our appreciation for his achievements on the playing field in the process.

Yohuru Williams is a professor of history at the University of St. Thomas in St. Paul, Minnesota. The former chief historian of the Jackie Robinson Foundation, he appeared in Ken Burns’s Jackie Robinson and is also the author of numerous books, including Rethinking the Black Freedom Movement. He lives in Minnesota. yohuruwilliams.net

Michael G. Long is the author and editor of several books on Jack Robinson and civil rights history. He appeared in Ken Burns’s Jackie Robinson, and his op-ed pieces about Robinson have been published in many national media outlets such as the Los Angeles Times, the Chicago Tribune, and ESPN. He lives in Pennsylvania.