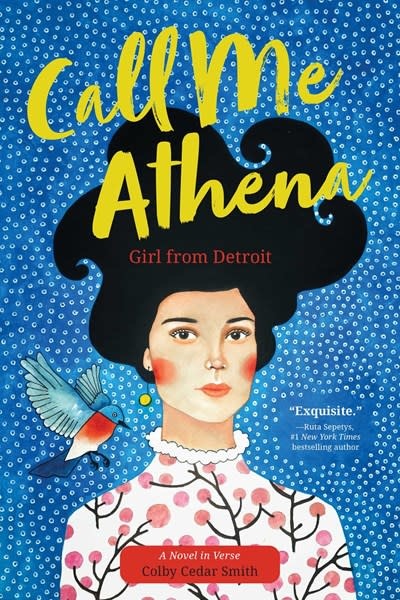 Call Me Athena: Girl from Detroit

This enchanting novel in verse captures one young woman’s struggle for independence, equality, and identity as the daughter of Greek and French immigrants in tumultuous 1930s Detroit.

Call Me Athena: Girl from Detroit is a beautifully written novel in verse loosely based on author Colby Cedar Smith’s paternal grandmother. The story follows Mary as the American-born daughter of Greek and French immigrants living in Detroit in the 1930s, creating a historically accurate portrayal of life as an immigrant during the Great Depression, hunger strikes, and violent riots.

Mary lives in a tiny apartment with her immigrant parents, her brothers, and her twin sister, and she questions why her parents ever came to America. She yearns for true love, to own her own business, and to be an independent, modern American woman—much to the chagrin of her parents, who want her to be a “good Greek girl.”

Mary’s story is peppered with flashbacks to her parents’ childhoods in Greece and northern France; their stories connect with Mary as they address issues of arranged marriage, learning about independence, and yearning to grow beyond one’s own culture. Though Call Me Athena is written from the perspective of three profoundly different narrators, it has a wide-reaching message: It takes courage to fight for tradition and heritage, as well as freedom, love, and equality.