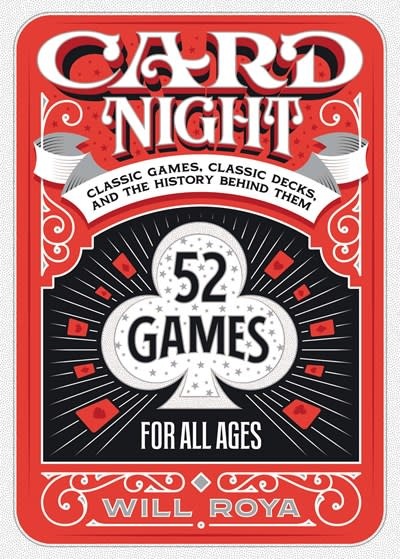 Learn when to hold 'em and when to fold 'em with Card Night, a collection of 52 classic card games, including rules and strategies.

Featuring step-by-step, illustrated instructions, and two indexes that organize each game by difficulty and number of players needed, Card Night includes directions for playing all the most popular card games, including Hearts and Bridge, Rummy and Go Fish.

In addition to providing the rules of standard game play, Card Night also details the fascinating stories and peculiarities behind some of the world's most famous card decks, some of which were used as currency, tools for propaganda, and even as a means for sending coded messages.

Offering one game for each week of the year, Card Night is the go-to companion for weekly game nights, long car rides, and rainy days spent at home. Wow your friends and family with your game playing prowess and keep them entertained with fascinating details from playing card history.

A one-time professional magician,Will Roya is the founder and CEO of PlayingCardDecks.Com, where he creates and sells custom decks of playing cards and re-issues historically important decks for avid card collectors around the world.