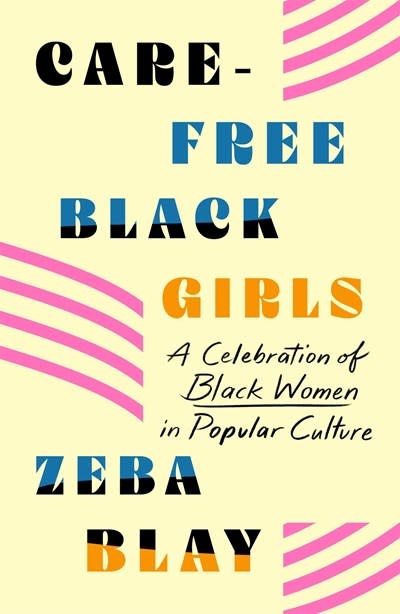 An Empowering and Celebratory Portrait of Black Women—from Josephine Baker to Aunt Viv to Cardi B.

In 2013, film and culture critic Zeba Blay was one of the first people to coin the viral term #carefreeblackgirls on Twitter. As she says, it was “a way to carve out a space of celebration and freedom for Black women online.”

In this collection of essays, Blay expands on this initial idea by delving into the work and lasting achievements of influential Black women in American culture--writers, artists, actresses, dancers, hip-hop stars--whose contributions often come in the face of bigotry, misogyny, and stereotypes. Blay celebrates the strength and fortitude of these Black women, while also examining the many stereotypes and rigid identities that have clung to them. In writing that is both luminous and sharp, expansive and intimate, Blay seeks a path forward to a culture and society in which Black women and their art are appreciated and celebrated.

ZEBA BLAY is a film and culture critic who has contributed to publications including The New York Times, The Village Voice, ESSENCE, Shadow and Act, Film Quarterly, and Indiewire. Formerly Senior Culture Writer at HuffPost, Blay has spent her nearly decade-long career writing about pop culture at the intersection of race, gender, and identity. Born in Accra, Ghana she is based in the New York City area.