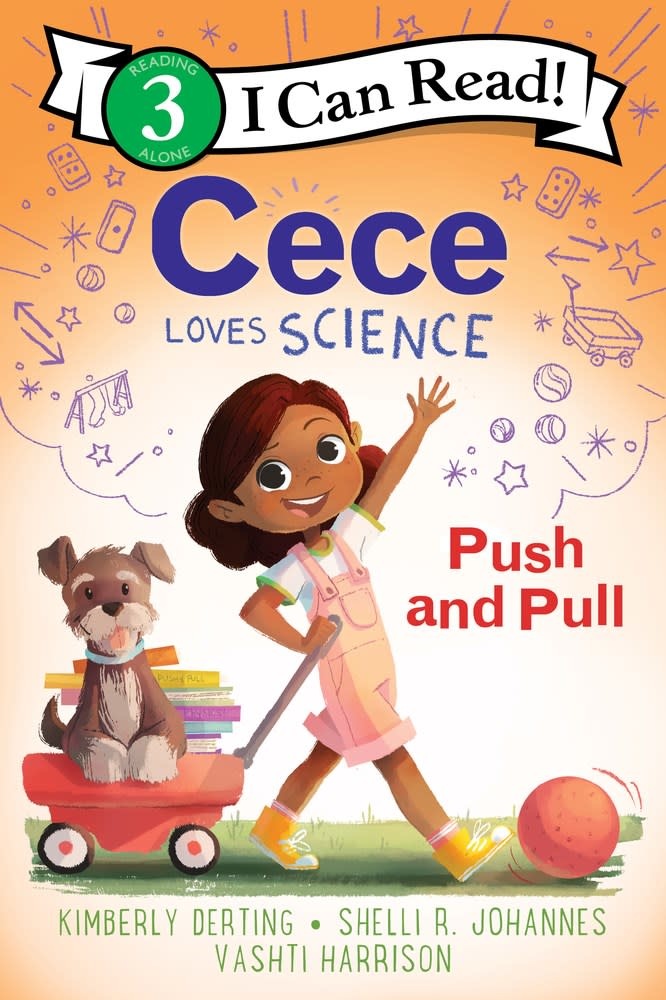 Cece Loves Science: Push and Pull (I Can Read!, Lvl 3)

Cece loves science! In this STEM-themed Level 3 I Can Read! title, Cece and her friend Isaac learn about the opposite forces of push and pull, and use their new knowledge to create a treat dispenser for Cece’s dog, Einstein. The Cece Loves Science books are perfect for aspiring scientists, emerging readers, and fans of Andrea Beaty’s Ada Twist, Scientist.

Cece loves science—and experimenting! In this Cece Loves Science Level 3 I Can Read!, Cece’s teacher, Ms. Curie, explains the opposite forces of push and pull. To demonstrate this concept, she divides the class into two teams. Each team must make Cece’s dog, Einstein, a treat dispenser that uses both forces. Cece and her classmates use teamwork to give Einstein a delicious snack—and they learn a lot along the way.

The Cece Loves Science books introduce readers to basic concepts of science, technology, engineering, and math, and are perfect for the classroom. This Level 3 I Can Read! focuses on basic scientific vocabulary and includes a glossary of terms and a fun experiment for kids to complete on their own. A great pick for newly independent readers and fans of Andrea Beaty’s Questioneers books.