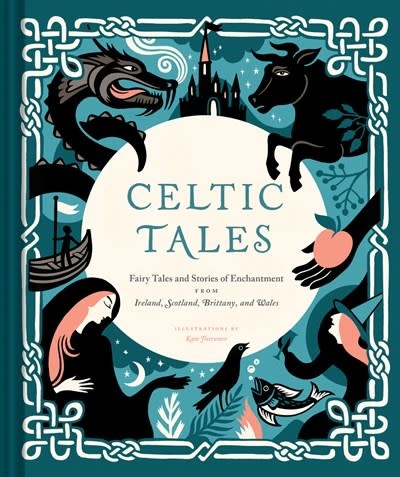 It's an absorbing introduction to the lore of Albion, but readers will also enjoy teasing out similarities between these tales and more familiar ones." — Publishers Weekly

Perilous quests, true love, and animals that talk: The traditional stories of Ireland, Scotland, Brittany, and Wales transport us to the fantastical world of Celtic folklore.

• This Celtic mythology book features 16 stores that were translated and transcribed by folklorists in the late 19th and 20th centuries that focus on themes such as Tricksters, The Sea, Quests, and Romance and mythological creatures.

• These timeless tales brim with wit and magic, and each one is brought to life with elegant silhouette art in this special illustrated edition

Discover the impactful and stunning illustrations by Kate Forrester in this special edition that is sure to impress any true fan of cultural and mythological literature.

Discover delightfully entertaining tales such as Master and Man, The Soul Cages, The Red-Etin, and The Witch of Lok Island.

Celtic Tales makes an impressive gift for any fan of greek mythology, roman mythology, Chinese mythology, and folklore and cultural studies from around the globe.

Kate Forrester is an illustrator based in Brighton, England.