Home » Charlie and the Chocolate Factory 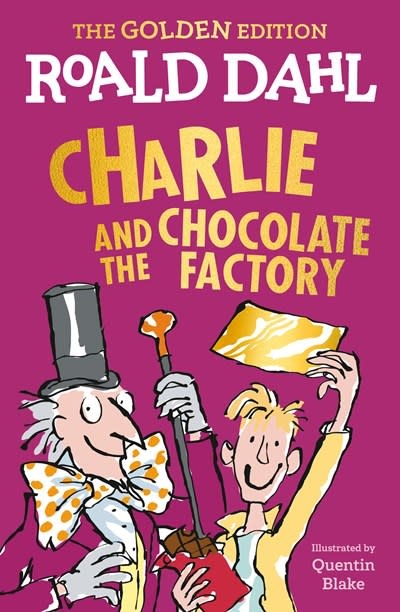 Charlie and the Chocolate Factory

Another zany adventure from the World’s No. 1 Storyteller!

Willy Wonka’s chocolate factory is opening its doors at last - but only to five lucky children. Charlie Bucket is thrilled to find his winning ticket into the factory, but is it possible he’s won more than just a tour?

Roald Dahl was a spy, ace fighter-pilot, chocolate historian, and medical inventor. He was also the author of Charlie and the Chocolate Factory, Matilda, James and the Giant Peach, The BFG, and many more brilliant stories. He remains the World’s No. 1 Storyteller. Find out more at roalddahl.com.

Quentin Blake has illustrated more than three hundred books and was Roald Dahl's favorite illustrator. In 1980 he won the prestigious Kate Greenaway Medal. In 1999 he became the first ever Children's Laureate and in 2013 he was knighted for services to illustration.