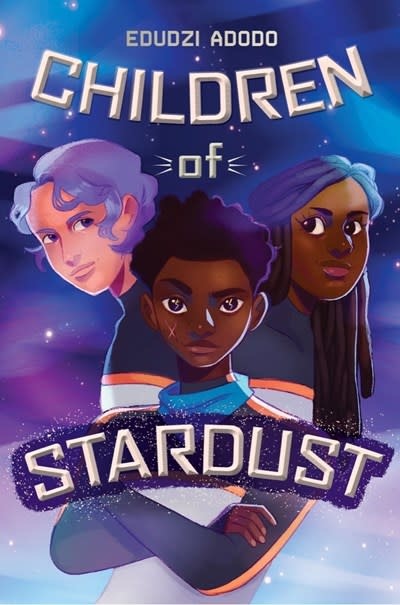 This exhilarating and playful middle grade adventure novel rockets through space on an epic quest to protect the galaxy.

Zero has spent years scraping by as an aid to stranded travelers whose spacecrafts have crashed on his home planet, while all he has ever wanted is to join one of the legendary Saba guilds—groups of intergalactic travelers who explore space, retrieve lost treasures, and hunt down criminals.One day, Zero stumbles upon some wreckage and meets a strange creature with an even stranger object: a golden pyramid. When the pyramid imbues Zero with a legendary power, he is recruited by a top Saba guild and launched into a dangerous intergalactic quest to track down the infamous Mask of the Shaman King before the Space Mafia uses it to unleash chaos on the galaxy.Action-packed, funny, and utterly original, Children of Stardust heralds the arrival of a brilliant new voice in contemporary African children’s literature.

Edudzi Adodo graduated from Durham University in England, where he studied politics, philosophy, and economics. Now, he writes the stories he wished he had as a child: science fiction infused with African culture and mythology. He lives in Lomé, Togo.