Home » Children of the Black Glass 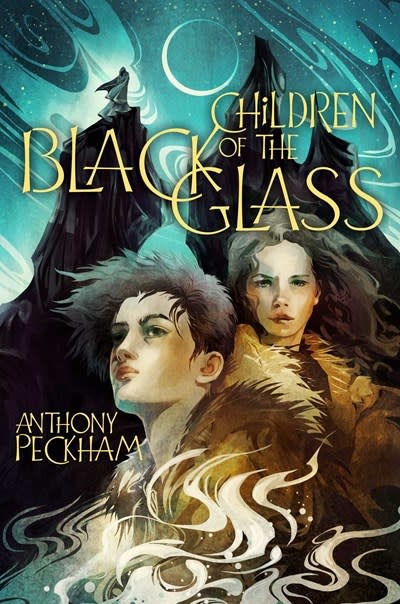 Children of the Black Glass

Howl’s Moving Castle meets Neil Gaiman in this middle grade fantasy, set in a world as mesmerizing as it is menacing, following children on a quest to save their father who get embroiled in the sinister agendas of rival sorcerers.

In an unkind alternate past, somewhere between the Stone Age and a Metal Age, Tell and his sister Wren live in a small mountain village that makes its living off black glass mines and runs on brutal laws. When their father is blinded in a mining accident, the law dictates he has thirty days to regain his sight and be capable of working at the same level as before or be put to death.

Faced with this dire future, Tell and Wren make the forbidden treacherous journey to the legendary city of Halfway, halfway down the mountain, to trade their father’s haul of the valuable black glass for the medicine to cure him. The city, ruled by five powerful female sorcerers, at first dazzles the siblings. But beneath Halfway’s glittery surface seethes ambition, violence, prejudice, blackmail, and impending chaos.

Without knowing it, Tell and Wren have walked straight into a sorcerers’ coup. Over the next twelve days they must scramble first to save themselves, then their new friends, as allegiances shift and prejudices crack open to show who has true power.

Anthony (Tony) Peckham is a South African–born screenwriter, surfer, and farmer who now lives on an island in the Pacific. Decades ago, while exploring a remote, high-altitude landscape with his children, he came upon a mountain made of black glass which inspired his debut novel. His other work includes Clint Eastwood’s Invictus and Guy Ritchie’s Sherlock Holmes. He is a Writers Guild of America Award winner and an NAACP Image Award nominee. Children of the Black Glass is his novel-writing debut.