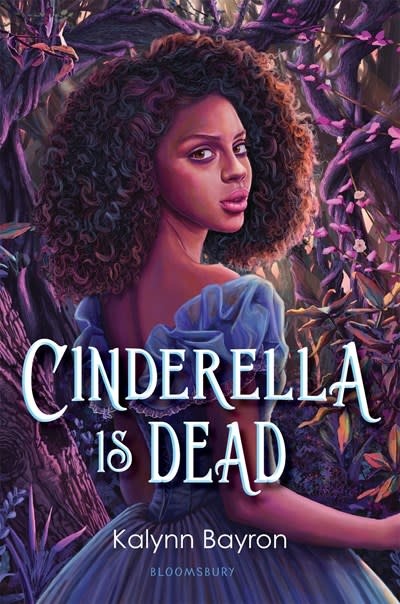 Black, queer girls team up to overthrow the kingdom in this fresh retelling of Cinderella—perfect for A Curse So Dark and Lonely fans.

It’s 200 years after Cinderella found her prince, but the fairy tale is over. Teen girls are now required to appear at the Annual Ball, where men select wives based on the level of finery a girl displays. If a suitable match is not found, the girls left behind are forfeited—never heard from again.

Sixteen-year-old Sophia would much rather marry Erin, her childhood best friend, than parade in front of suitors. When she flees the ball in a moment of desperation, she begins a journey that reveals the dark secrets of Cinderella’s tale and leads her to a love she never expected. Her only hope is to destroy the king once and for all.

This fresh take on a classic story will make readers question the tales they’ve been told, and root for girls to break down the constructs of the world around them.

Kalynn Bayron studied music and dance at the University of Alaska, Anchorage and is a classically-trained vocalist. On top of being a wife and mom of four, she’s a tireless Autism awareness activist. She currently lives in San Antonio, Texas. @KalynnBayron (Twitter)