Home » Clementine and Danny Save the World (and Each Other) 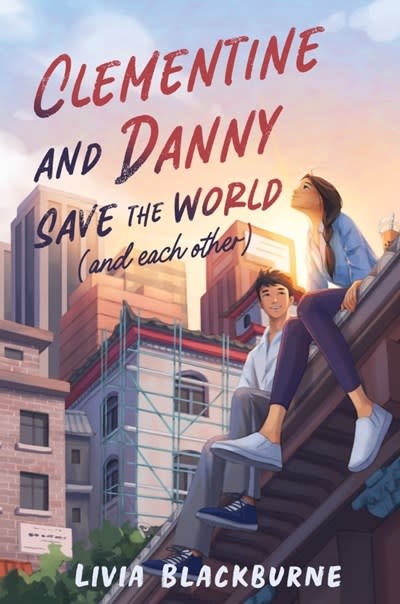 Clementine and Danny Save the World (and Each Other)

You’ve Got Mail gets a fresh YA twist in this funny, empowering rom-com following two teens who fall in love while working together to protect their Chinatown community from a destructive gentrification project, only to discover their respective anonymous internet alter egos have been clashing for years.

A must-read for fans of Tweet Cute and Café Con Lychee!Clementine Chan believes in the power of the written word. Under the pseudonym Hibiscus, she runs a popular blog reviewing tea shops and discussing larger issues within her Chinatown community. She has a loyal, kind following, save for one sour grape named Bobaboy888, who’s not only annoying but also an insufferable tea snob.Danny Mok is allergic to change, and the gentrification seeping into Chinatown breaks his heart. He channels his frustration into his internet alter ego, Bobaboy888, bickering with local blogger Hibiscus over all things Chinatown and tea.When a major corporation reveals plans that threaten to shut down the Moks’ beloved tea shop, Clementine and Danny find themselves working together in real life to save this community they both love. But after falling hard for their cause—and each other—will Clementine and Danny still be able to find their happily-ever-after once the truth about their online personas comes out?

Livia Blackburne is the New York Times bestselling author of Midnight Thief, Rosemarked, and Feather and Flame, as well as the picture book I Dream of Popo, which received three starred reviews and was on numerous best-of-year lists. Livia graduated from MIT and lives in Los Angeles, CA. Visit her online at liviablackburne.com.