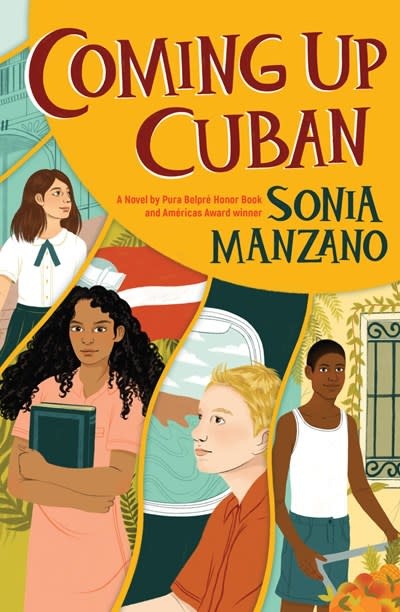 From Pura Belpré Honoree and Emmy-award winning actor Sonia Manzano--best known as "Maria" from Sesame Street--comes the expansive and timeless story of four children who must carve out a path for themselves in the wake of Fidel Castro's rise to power.Fifteen-time Emmy Award winner and Pura Belpre honoree Sonia Manzano examines the impact of the 1959 Cuban Revolution on four children from very different walks of life. In the wake of a new regime in Cuba, Ana, Miguel, Zulema, and Juan learn to find a place for themselves in a world forever changed. In a tumultuous moment of history, we see the lasting effects of a revolution in Havana, the countryside, Miami, and New York. Through these snapshot stories, we are reminded that regardless of any tumultuous times, we are all forever connected in our humanity.

Sonia Manzano has affected the lives of millions since the early 1970s, as the actress who defined the role of "Maria" on the acclaimed television series Sesame Street. Sonia has won fifteen Emmy Awards for her television writing and is the recipient of a Lifetime Achievement Award from the Academy of Arts and Sciences. People magazine named Sonia one of America's most influential Hispanics. She lives in New York City.