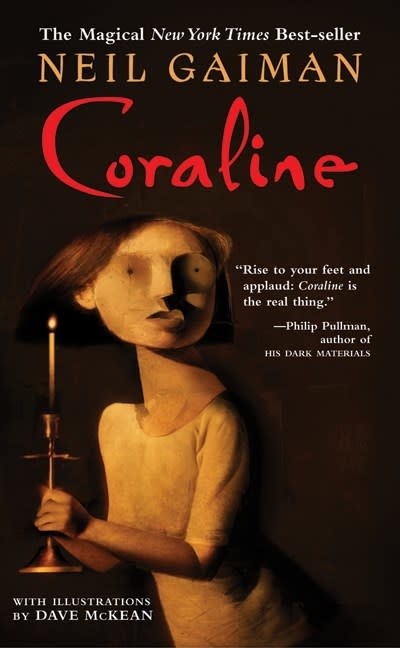 “Coraline discovered the door a little while after they moved into the house....”

When Coraline steps through a door into another house strangely similar to her own (only better), things seem marvelous.

But there’s another mother there, and another father, and they want her to stay and be their little girl. They want to change her and never let her go.

Coraline will have to use all her wits and courage to save herself and find her way back home again.

A #1 New York Times bestseller, Neil Gaiman’s Coraline introduced a generation of readers to one of the most clever, brave, and timeless heroines in children’s literature. A perennial classic filled with wonder, adventure, and magic that was the basis for the Academy Award–nominated film, Coraline continues to inspire and amaze new readers ten years after its original publication.

To celebrate this milestone, the Coraline 10th Anniversary Edition is enriched by a brand-new foreword from the author and a reader’s guide.