Home » Daughters of Sparta: A novel 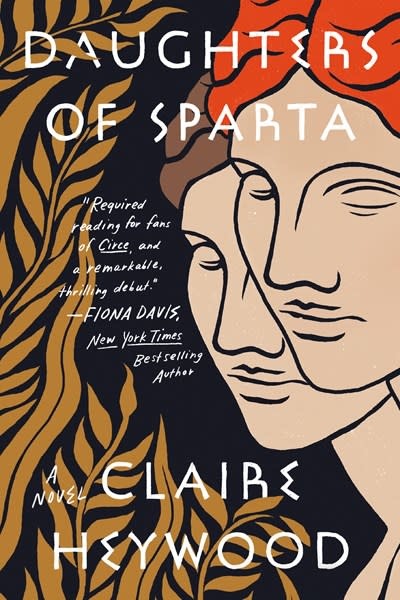 Daughters of Sparta: A novel

For millennia, men have told the legend of the woman whose face launched a thousand ships—but now it’s time to hear her side of the story. Daughters of Sparta is a tale of secrets, love, and tragedy from the women behind mythology’s most devastating war, the infamous Helen and her sister Klytemnestra.

A vivid and illuminating reimagining of the Siege of Troy, told through the perspectives of two women whose voices have been ignored for far too long…

As princesses of Sparta, Helen and Klytemnestra have known nothing but luxury and plenty. With their high birth and unrivaled beauty, they are the envy of all of Greece. But such privilege comes at a cost. While still only girls, the sisters are separated and married to foreign kings of their father’s choosing—Helen remains in Sparta to be betrothed to Menelaos, and Klytemnestra is sent alone to an unfamiliar land to become the wife of the powerful Agamemnon. Yet even as Queens, each is only expected to do two things: birth an heir and embody the meek, demure nature that is expected of women.

But when the weight of their husbands’ neglect, cruelty, and ambition becomes too heavy to bear, Helen and Klytemnestra must push against the constraints of their society to carve new lives for themselves, and in doing so, make waves that will ripple throughout the next three thousand years.

Claire Heywood is a scholar of the ancient world, with a bachelor’s degree in Classical Civilization and a master’s degree in Ancient Visual and Material Culture from the University of Warwick. Daughters of Sparta is her first novel.