Home » Days at the Morisaki Bookshop 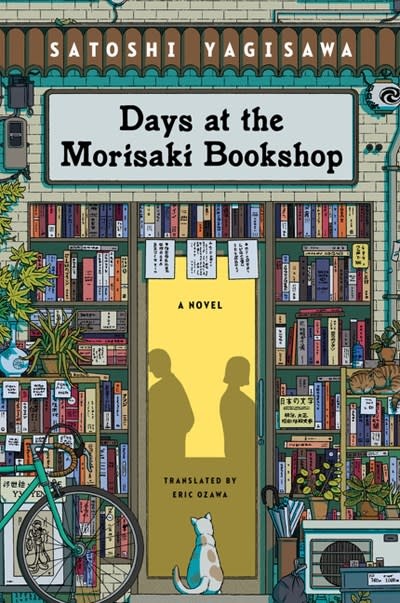 Days at the Morisaki Bookshop

A Paperback Original Translated By Eric Ozawa The wise and charming international bestseller and hit Japanese movie—about a young woman who loses everything but finds herself—a tale of new beginnings, romantic and family relationships, and the comfort that can be found in books.

Twenty-five-year-old Takako has enjoyed a relatively easy existence—until the day her charming boyfriend Kashikoi, the man she expected to wed, casually announces he’s been cheating on her and is marrying the other woman. Suddenly, Takako’s life is in freefall. She loses her job, her friends, and her acquaintances, and spirals into a deep depression. In the depths of her despair, she receives a call from her distant uncle Ojisan. An unusual man who has always pursued something of an unconventional life, especially after his wife Momoko left him out of the blue five years earlier, Ojisan runs a second-hand bookshop in Jimbocho, Tokyo’s famous book district. Takako once looked down upon Ojisan’s life. Now, she reluctantly accepts his offer of the tiny room above the bookshop rent-free in exchange for helping out at the store. The move is temporary, until she can get her old life back. But in the months that follow, Takako surprises herself when she develops a passion for Japanese literature, becomes a regular at a local coffee shop where she befriends a graduate student, and eventually meets a young editor from a nearby publishing house who’s going through his own messy breakup.  But just as she begins to find joy again, Kashikoi reappears, forcing Takako to rely once again on her uncle, whose own life has begun to unravel. Together, these seeming opposites work to understand each other and themselves as they continue to share the wisdom they’ve gained in the bookshop.

Satoshi Yagasawa was born in Chiba, Japan, in 1977. Days at the Morisaki Bookshop, his debut novel, was originally published in 2010, won Chiyoda Literature Prize, and has been translated into over fifteen languages. He lives in Japan.