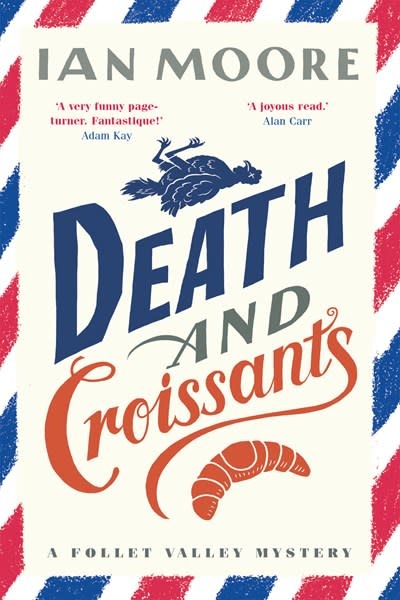 Richard is a middle-aged Englishman who runs a B&B in the fictional Val de Follet in the Loire Valley. Nothing ever happens to Richard, and really that's the way he likes it.One day, however, one of his older guests disappears, leaving behind a bloody handprint on the wallpaper. Another guest, the exotic Valérie, persuades a reluctant Richard to join her in investigating the disappearance.Richard remains a dazed passenger in the case until things become really serious and someone murders Ava Gardner, one of his beloved hens... and you don't mess with a fellow's hens!Death and Croissants is an unputdownable, hilarious mystery perfect for fans of The Thursday Murder Club.

IAN MOORE is a comedian and author who has appeared as a headliner at London's world famous Comedy Store. He lives in rural France and commutes back to the UK for work.