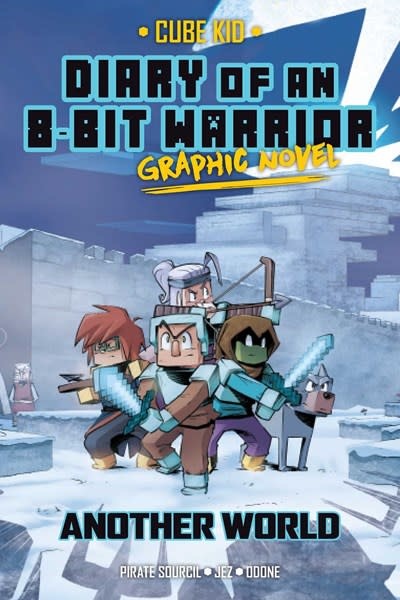 The pixelated adventures continue in this graphic novel adaptation of the bestselling Diary of an 8-Bit Warrior series! Readers can reconnect with their favorite characters and the beloved Minecraft universe while enjoying a colorfully illustrated story off-screen.

In this adventure, Runt and his friends return from the End and are looking forward to taking a break. When they arrive, they are greeted by villagers who throw a great feast in their honor. But things are not quite what they seem . . .  After defending the village from a zombie attack, Runt and his crew decide to go back to Maggie’s and regroup. However, they are deeply troubled by Alberic's disappearance and Bagel won’t rest until she brings him back from the dead. Everyone agrees that they should, but not on how to go about it. The crew splits up as tension grows, and some of them find themselves in a place that looks familiar.

Pirate Sourcil is a comic book author known for his blog and his comic series Le Joueur du grenier, published by Hugo BD. He is also a fan of geek literature and passionate about the world of gaming.

After studying carpentry, Jez turned to drawing and graphic design and decided to make a career out of it.

Odone is a French illustrator and specializes in adding color to many comic books.