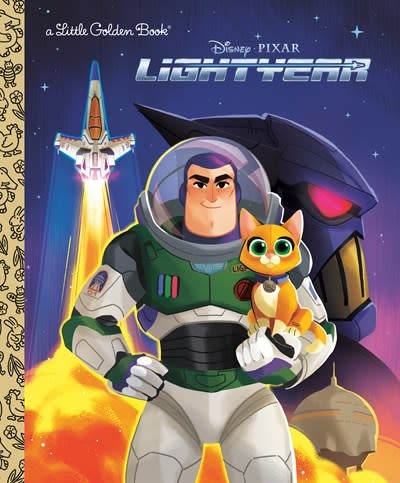 This Little Golden Book is based on Disney/Pixar Lightyear—in theaters summer 2022!

Disney/Pixar Lightyear is a sci-fi action-adventure and the definitive origin story of Buzz Lightyear (voice of Chris Evans)—the hero who inspired the toy. The film reveals how a young test pilot became the Space Ranger that we all know him to be today. Lightyear is directed by Angus MacLane, produced by Galyn Susman, and opens in theaters in Summer 2022. This Little Golden Book retelling the animated feature film is perfect for girls and boys ages 2 to 5, as well as Disney Little Golden Book collectors of all ages!

Series Overview: We will be publishing Hardcover and Digest Junior Novelizations, two Step into Readings, an 8x8, a Little Golden Book, a tabbed board book, and a hardcover graphic novel based on the film.