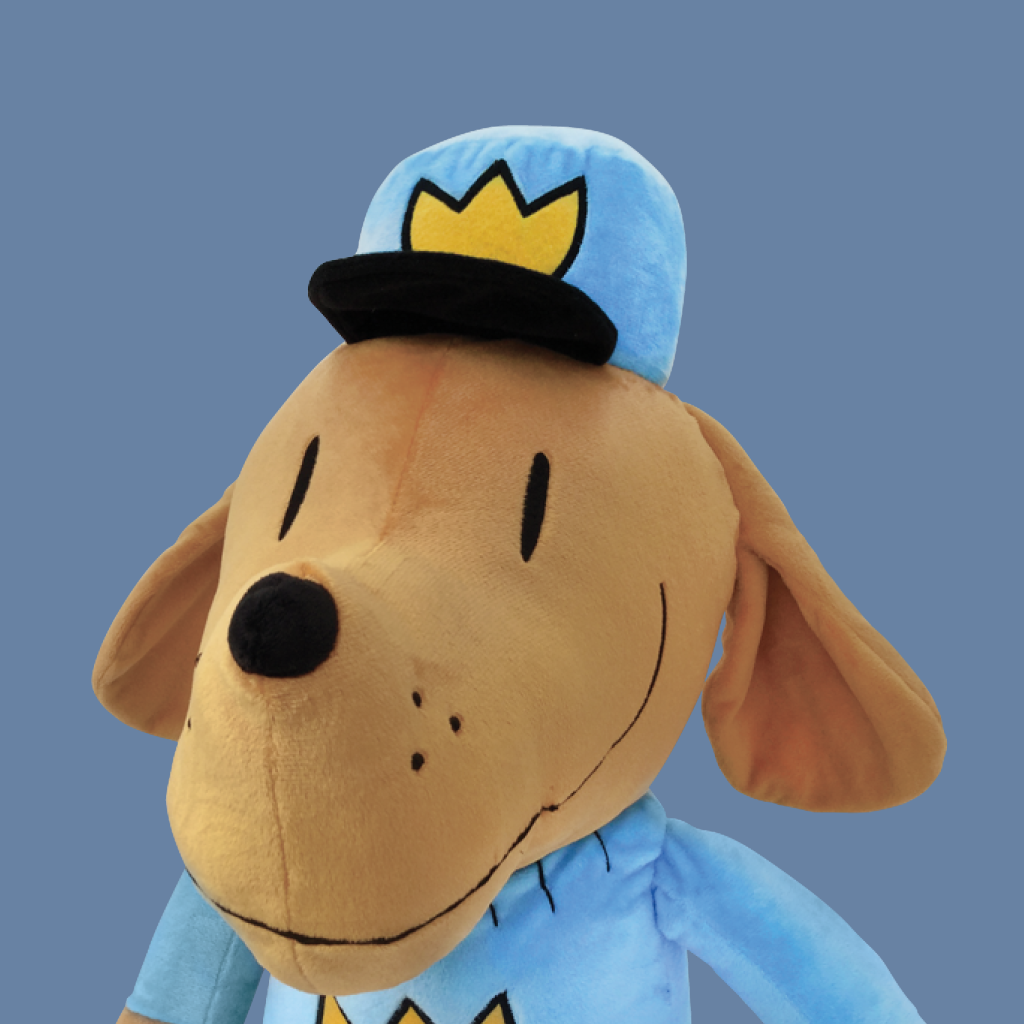 The 9” Dog Man Doll has been one of the fastest-selling dolls in MerryMakers history.  His fans demanded more and now here he is - a Giant 20" Dog Man!  This big, snuggly dog is the perfect companion for little crime fighters, with soft fur, floppy ears and policeman’s uniform.  He’s a great size to cozy up with to read Dav Pilkey’s fantastic, giggle-inducing series featuring a crime-biting canine who is part dog, part man, and ALL HERO.

Dav Pilkey’s latest series follows George and Harold, the diabolical minds behind Captain Underpants, as they create a new comic book hero in Dog Man, a crime-fighter who is half dog, half policeman. Watch Dog Man unleash justice on Petey, the world’s fiercest feline!