Home » Don't Let In the Cold 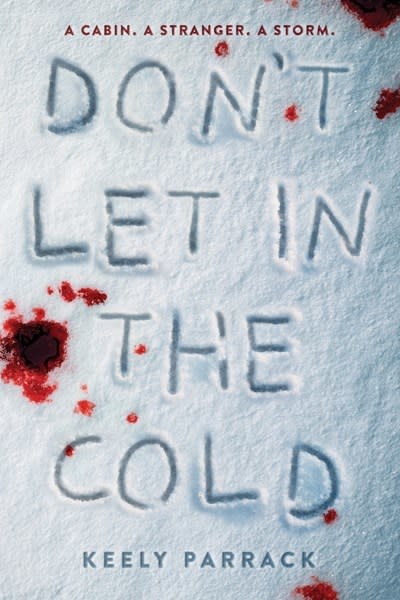 Don't Let In the Cold

When a solar storm leaves Lottie and her new stepsister Jade alone without power or cell service in a cabin in Tahoe, the arrival of a seemingly lost stranger begins a chain of harrowing events. A debut thriller with escalating stakes.

They were only supposed to be on their own for one night. When her mother remarries after an all-too-short courtship, Lottie and her new stepsister must house sit for a night while their parents honeymoon in Reno. Lottie feels out of place at her new stepdad's fancy ski cabin in Tahoe, especially since her lone companion is her new smart and sullen stepsister, Jade, who she's only met briefly once before. And when a solar flare causes a massive blackout—no cell signal or power—Lottie knows they've got a long night ahead of them.Then, in the dark, someone else shows up at the cabin—a cute, fast-talking stranger named Alex with his dog, claiming to be lost and needing shelter from the developing snowstorm. Lottie's suspicions about him grow throughout the night, but when a fireplace malfunction causes a fire, the three of them are forced out into the blizzard and must rely on one another to find shelter and safety..In the remote, freezing woods with no way to call for help, the wary trio encounters the perils of the wilderness as well as two mysterious young men who seem to know Alex. Now Lottie must decide who she should trust in order to survive.

KEELY PARRACK grew up in England and came to America, twenty years ago. She has been a teacher, retail manager, childcare director, and a social networker for her local indie bookstore. She lives in the San Francisco Bay Area with her husband and son. Don't Let in the Cold is her debut novel.