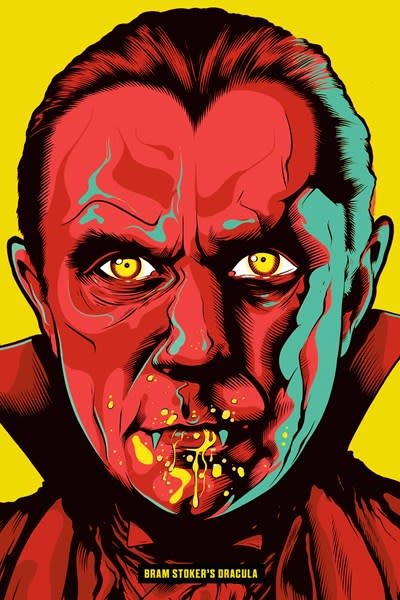 Like the successful and collectible PUFFIN IN BLOOM collection, this is DRACULA and FRANKENSTEIN like you’ve never seen them before! Deluxe, fresh, creative and collectible, these are classics for those who love to read them and those who want to look like they did!

Jonathan Harker is traveling to Castle Dracula to see the Transylvanian noble Count Dracula. He is begged by locals not to go, because on the eve of St George’s Day, when the clock strikes midnight, all the evil things in the world will come full sway. But business must be done, so Jonathan makes his way to the castle - and his nightmare begins. His beloved wife, Mina, and other lost souls have fallen under the Count’s horrifying spell. Dracula must be destroyed…

Dracula has been assigned to many literary genres including vampire literature, horror fiction, and the gothic novel. Although Stoker did not invent the vampire, he defined its modern form, and the novel has spawned numerous theatrical, film and television interpretations.

Abraham ’Bram’ Stoker (1847 - 1912) was educated at Trinity College, Dublin and joined the Irish Civil Service before his love of theatre led him to become the unpaid drama critic for the Dublin Mail. He went on to act as as manager and secretary for the actor Sir Henry Irving. He wrote seventeen books, the most famous of which is Dracula.

Tim McDonagh is a prolific and highly respected artist who has worked for Nike, Puma, Harley Davidson, Budweiser, New York Magazine, Field & Stream, The Hollywood Reporter, CNBC, Entertainment Weekly, Variety, and Newsweek, and many other high profile clients. He lives in England.