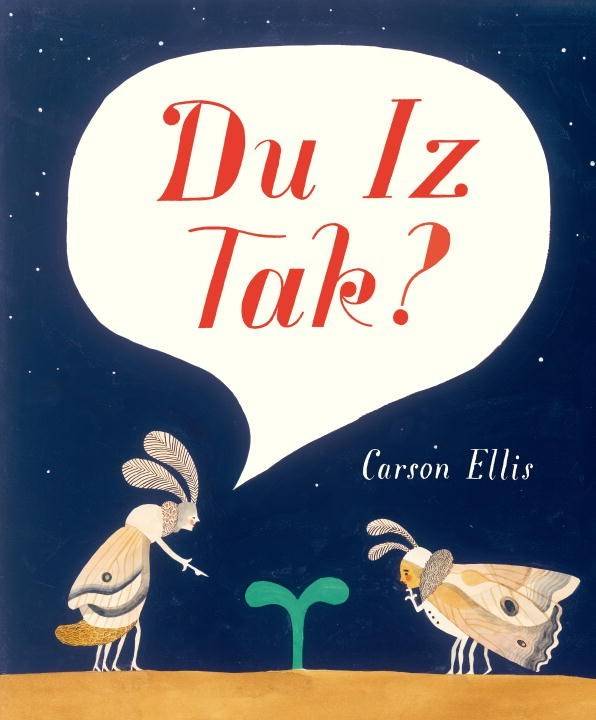 The creator of Home turns a droll eye to the natural world, with gorgeous art and a playful invented language.

Du iz tak? What is that?

As a tiny shoot unfurls, two damselflies peer at it in wonder.

When the plant grows taller and sprouts leaves, some young beetles arrive to gander, and soon—with the help of a pill bug named Icky—they wrangle a ladder and build a tree fort.

But this is the wild world, after all, and something horrible is waiting to swoop down—booby voobeck!—only to be carried off in turn. Su!

With exquisitely detailed illustrations and tragicomic flair, Carson Ellis invites readers to imagine the dramatic possibilities to be found in even the humblest backyard. Su!

The genius of this book is multifold. It's wonderfully creative, and invites the reader to explore the world with more thought and curiosity than most books do. Our little bug friends have personality; each of them is an individual, and when they talk to each other, it's in an entirely made up language. And yet right from the beginning, what they're saying makes sense. Not every sentence, not every word, but with clever introduction and clever usage, the book has you flipping back and forth saying, "Oh, THAT'S what he was saying here," and "Oh this must mean this!" until you feel like you're a native speaker of bug language. Meanwhile, each illustration is full of several things happening at once, and the illustration helps support the language, cluing you in. It is simple, but brilliantly complex at the same time. There is also the extra layer of natural science: the life cycle of a bug; the food chain; the turn of the seasons; how a flower populates. This is a wonderful conversation book for both kids and adults! 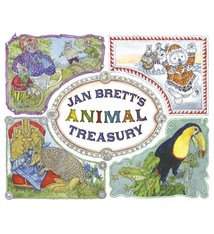