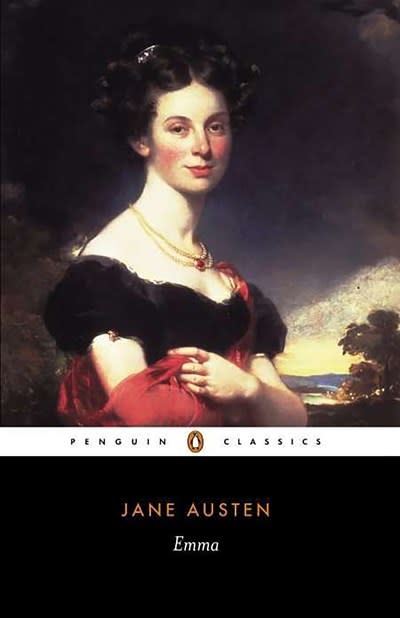 The culmination of Jane Austen's genius, a sparkling comedy of love and marriage

Beautiful, clever, rich—and single—Emma Woodhouse is perfectly content with her life and sees no need for either love or marriage. Nothing, however, delights her more than interfering in the romantic lives of others. But when she ignores the warnings of her good friend Mr. Knightley and attempts to arrange a suitable match for her protegee Harriet Smith, her carefully laid plans soon unravel and have consequences that she never expected. With its imperfect but charming heroine and its witty and subtle exploration of relationships, Emma is often seen as Jane Austen's most flawless work.

Jane Austen (1775-1817) was extremely modest about her own genius but has become one of English literature's most famous women writers. She is the author of Sense and Sensibility, Pride and Prejudice, Emma, Persuasion, Mansfield Park and Northanger Abbey.

Fiona Stafford is a Fellow and Tutor in English at Somerville College, Oxford.

Tony Tanner was a Fellow of King's College, Cambridge, and Professor of English and American Literature at Cambridge.