Home » Every Word Tells a Story 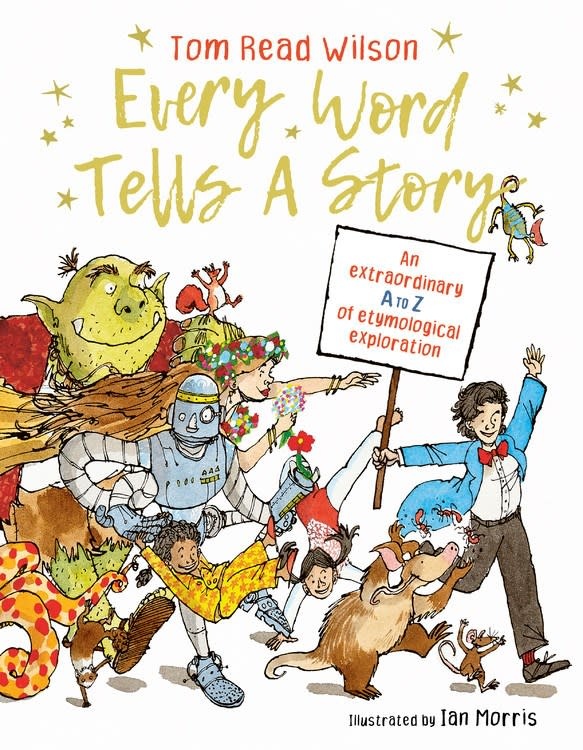 Every Word Tells a Story

In Every Word Tells a Story, each fascinating word is explored through a quirky, amusing story alongside the extraordinary etymology, word origin, and a definition.

Tom Read Wilson is here to take us on a rip-roaring tour through some of the most astonishing and amusing words in the English language with Every Word Tells a Story.See how the English language evolved in this extraordinary exploration of the origins of everyday words. Full of funny stories and fascinating facts, Tom Read Wilson knows even the most ordinary-sounding word can have the most surprising story behind it!Did you know, for instance, that:The word ‘bloomers’ comes from Amelia Bloomer, who was a women's rights activist and owner and editor of the first U.S. newspaper edited by and for women, who wanted to move more freely in her knickers?Or that the word ‘daisy’ comes from the Old English dæges eage, meaning ‘day’s eye’, because the petals of a daisy open at dawn and close at dusk?The word 'easel' comes from the Dutch word 'ezel', meaning donkey, because both are depenable and suitable for carrying a load?Or that English nicknames for police officers, 'bobbies' and 'peelers', both come from the names of Sir Robert Peel, British prime minister in the 1800s and creator of the first modern police force?

Each fascinating word is explored through a quirky, amusing story alongside the etymology, word origin and definition.Paired with beautiful, characterful illustrations by Ian Morris, Every Word Tells a Story is a perfect book for young wordsmiths, encouraging kids and adults alike to have fun whilst learning about language.

Tom Read Wilson is a TV presenter, actor, and singer. After graduating from the Royal Academy of Music in 2011, where he studied Musical Theatre and performed in plays and musicals all over the world, Tom stole the nation’s hearts as the hilarious receptionist on Celebs Go Dating. Tom continues to be a regular on our TV screens, among other things, having won Celebrity Mastermind (BBC1), placed 2nd on Celebrity Best Home Cook (BBC1), and appearing on a multitude of shows such as The Wheel (BBC1), 8 out of 10 Cats (Ch4), and Celebrity Juice (ITV). Aside from professional pursuits, supporting the Arts and green initiatives is a great passion for Tom; he is an active campaigner for Wildwood and The Kent Wildlife Trust, as well as an Ambassador for Acting For Others. Tom is a devout logophile who hosts a regular podcast Tom Read Wilson has words with… and has been posting his Word of Day videos since 2016. Find Tom on Twitter and Instagram @TomReadWilson.Ian Morris is an illustrator based in Manchester, England. His eloquent ink drawings capture characters with extraordinary wit and charm. In 2017, Ian was recognised by the Association of Illustrators in their Top Upcoming Image Makers. He is a regular contributor to Prospect Magazine. His debut picture book 'The Library Book' is published by Thames & Hudson.