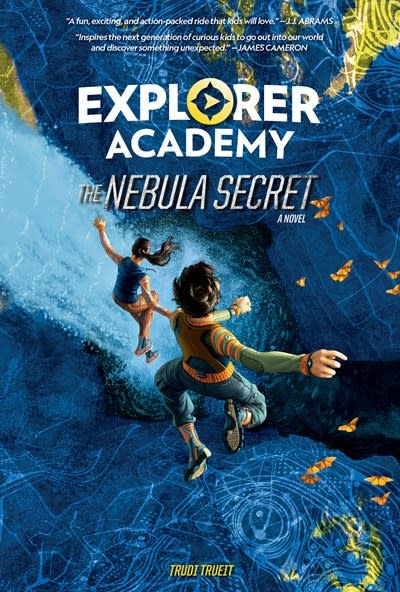 Adventure, danger, and a thrilling global mission await 12-year-old Cruz Coronado as he joins an elite school for explorers.

Cruz leaves his tranquil home in Hawaii to join 23 talented kids from around the globe to train at the Explorer Academy with the world’s leading scientists to become the next generation of great explorers. But for Cruz, there’s more at stake. No sooner has he arrived at the Academy than he discovers that his family has a mysterious past with the organization that could jeopardize his future. In the midst of code breaking and cool classes, new friends and augmented-reality expeditions, Cruz must tackle the biggest question of all: Who is out to get him…and why?
Readers can get in on the excitement with puzzles and codes embedded throughout.

Series Overview: A seven-book series, with hardcover versions publishing two per year beginning Fall 2018 and paperback versions to follow within one year of publication. Ancillary activity and code books will accompany.