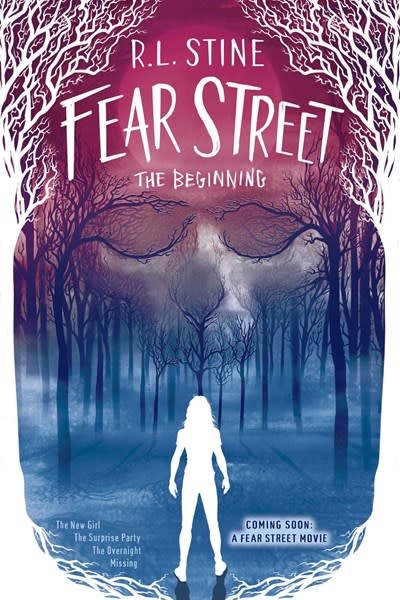 The classic and heart-pounding Fear Street Series from beloved author R.L. Stine is back with the first four books now in one thrilling package!

This is where it all began. When Fear Street became legend, forever linked with danger, and curses, and things that go bump in the night. Go back to how it all started—to the moment when Corey Brooks falls for perfect, incredible Anna, only to learn that she’s gone missing...on Fear Street.

Venture into the terrifying Fear Street woods where Meg Dalton’s best friend Evan died under mysterious circumstances, and discover why only Meg can uncover the truth behind his death. Follow Della to Fear Island and learn about the terrifying threats that force Della to confront her past—and the incident that occurred on the island between her and a dangerous stranger.

Return to Fear Street with Mark and Cara Burroughs who come home to find that their parents have disappeared, plunging them into a nightmare of chaos that neither of them could have ever predicted. The only thing they know for sure is that though Fear Street may be a mystery, not everyone escapes such an evil place alive.

Only danger awaits those brave enough to travel down Fear Street. You’re not afraid…are you?

R.L. Stine invented the teen horror genre with Fear Street, the bestselling teen horror series of all time. He also changed the face of children’s publishing with the mega-successful Goosebumps series, which went on to become a worldwide multimedia phenomenon. Guinness World Records cites Stine as the most prolific author of children’s horror fiction novels. He lives in New York City with his wife, Jane, and their dog, Nadine.