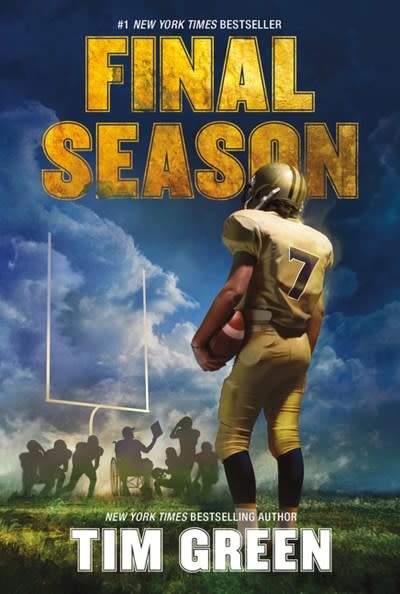 #1 New York Times bestselling author Tim Green draws on his experiences with the NFL and his own ALS diagnosis in this gripping middle grade novel—now in paperback—highlighting the importance of family, community, and one’s love of football while also cautioning against the risks of the beloved sport.

Ben Redd has football in his blood. His two all-star older brothers and their NFL dad are football royalty. So it’s only natural that middle-school quarterback Ben follows in their footsteps. With the championship game against his team’s toughest rival coming up, he has a real chance to shine on the field.But Ben’s whole life is turned upside down when his dad is diagnosed with ALS, an incurable disease no doubt connected to all those hard hits he took back in his heyday. Ben’s mom becomes determined to get Ben to quit football forever.Ben isn’t playing just for himself, though. This could be his dad’s last time ever as his coach. And his teammates need a quarterback who can lead them to victory. But as Ben grapples with the pressures of winning, and as he watches the heavy toll ALS is taking on his dad, he begins to question if this will be his final season after all.

Tim Green is a #1 New York Times bestselling author, a practicing lawyer, a TV personality, and a coach. He was diagnosed with ALS (amyotrophic lateral sclerosis) in August 2016. Tim lives in Skaneateles, NY. You can visit him online at www.timgreenbooks.com.