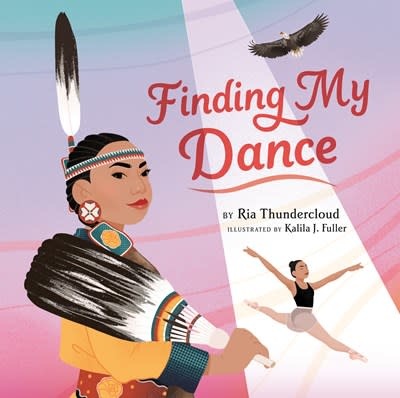 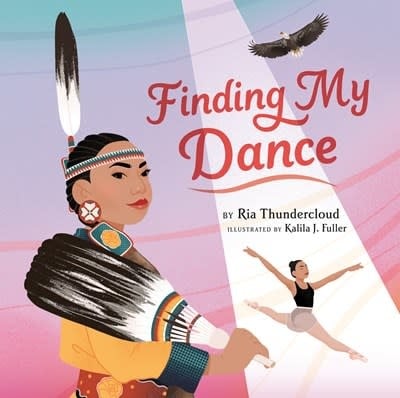 In her debut picture book, professional Indigenous dancer Ria Thundercloud tells the true story of her path to dance and how it helped her take pride in her Native American heritage.

At four years old, Ria Thundercloud was brought into the powwow circle, ready to dance in the special jingle dress her mother made for her. As she grew up, she danced with her brothers all over Indian country. Then Ria learned more styles--tap, jazz, ballet--but still loved the expressiveness of Indigenous dance. And despite feeling different as one of the only Native American kids in her school, she always knew she could turn to dance to cheer herself up.

Follow along as Ria shares her dance journey--from dreaming of her future to performing as a professional--accompanied by striking illustrations that depict it while bringing her graceful movements to life.

Ria Thundercloud is from the Ho-Chunk Nation and Sandia Pueblo. She holds strong ties to her kinship in the Southwest and North, practicing both styles of traditional dance. She started training in classical dance at the age of thirteen, went professional at sixteen, and has traveled internationally as a cultural ambassador and professional dancer. Ria is a 2019 graduate from the Institute of American Indian Arts in Indigenous Liberal Studies and is a holistic yoga teacher from the Healing Lotus Center. Her art is influenced by the women who came before her, reclaiming stories of matriarchs that highlight the resilience and knowledge of Indigenous women.

Kalila J. Fuller was born and raised in Portland, Oregon, where she continues to draw inspiration from her childhood amongst the fir trees. She graduated from the Pacific Northwest College of Art with a degree in illustration. She loves dogs, watching cartoons, and drinking chai lattes.