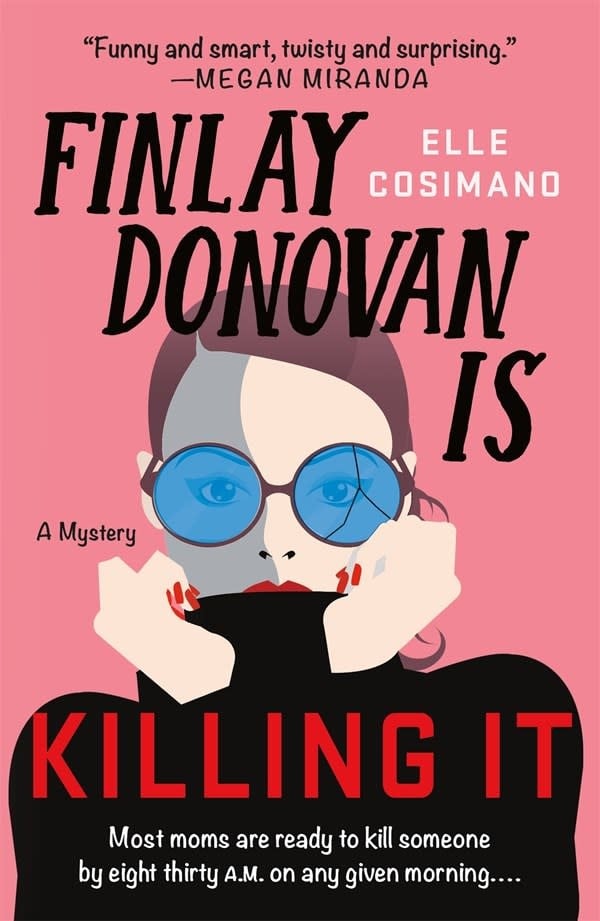 Finlay Donovan is killing it...except, she’s really not. A stressed-out single mom of two and a struggling novelist, Finlay finds her life in chaos: the new book she promised her literary agent isn’t written, her ex-husband fired the nanny without telling her, and this morning she had to send her four-year-old to school with hair duct-taped to her head after an incident with scissors.

When Finlay is overheard discussing the plot of her new suspense novel with her agent over lunch, she’s mistaken for a contract killer and inadvertently accepts an offer to dispose of a problem husband in order to make ends meet. Finlay soon discovers that crime in real life is a lot more difficult than its fictional counterpart, as she becomes tangled in a murder investigation.

Fast-paced, deliciously witty, and wholeheartedly authentic in depicting the frustrations and triumphs of motherhood in all its messiness, hilarity, and heartfelt moments, Finlay Donovan Is Killing It is the first in a brilliant new series from award-winning author Elle Cosimano.

ELLE COSIMANO is an award-winning author. Her YA debut, Nearly Gone, was an Edgar Award finalist and winner of the International Thriller Award. Her novel Holding Smoke was a finalist for the International Thriller Award and the Bram Stoker Award. Her essays have appeared in The Huffington Post and Time. Elle lives in the Blue Ridge Mountains of Virginia with her husband, two sons, and her dog. Finlay Donovan Is Killing It is her adult debut.