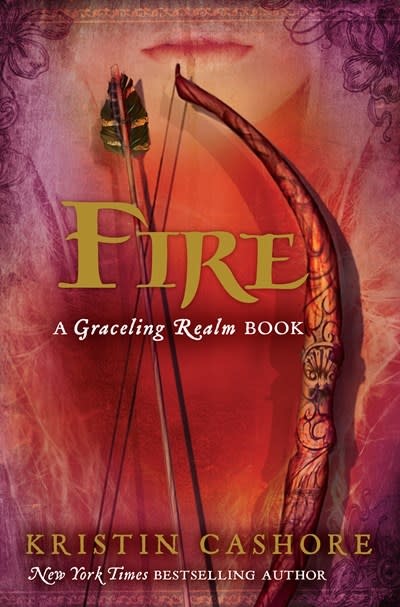 Five starred reviews—raves from readers—the prequel to the bestselling Graceling!

It is not a peaceful time in the Dells. The young King Nash clings to his throne while rebel lords in the north and south build armies to unseat him. The mountains and forests are filled with spies and thieves.

This is where Fire lives. With a wild, irresistible appearance and hair the color of flame, Fire is the last remaining human monster. Equally hated and adored, she has the ability to control minds, but she guards her power, unwilling to steal the secrets of innocent people. Especially when she has so many of her own.

Then Prince Brigan comes to bring her to King City. The royal family needs her help to uncover the plot against the king. Far away from home, Fire begins to realize there’s more to her power than she ever dreamed. Her power could save the kingdom.

Kristin Cashore grew up in the northeast Pennsylvania countryside and earned her bachelor’s degree from Williams College and master’s from the Center for the Study of Children’s Literature at Simmons College. Her epic fantasy novels set in the Graceling Realm—Graceling, Fire, and Bitterblue—are New York Times bestsellers and multi-award-winners.