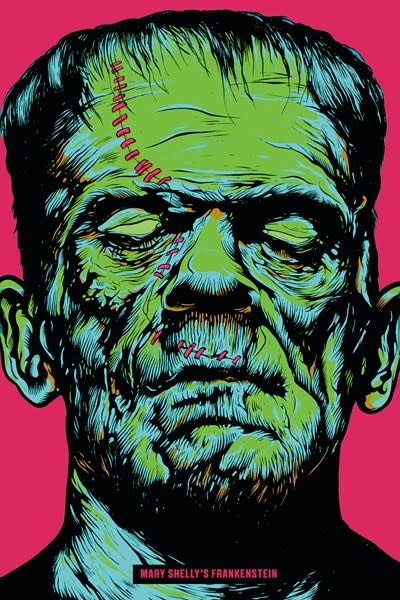 Like the successful and collectible PUFFIN IN BLOOM collection, this is DRACULA and FRANKENSTEIN like you’ve never seen them before! Deluxe, fresh, creative and collectible, these are classics for those who love to read them and those who want to look like they did!

The epic battle between man and monster reaches its greatest pitch in the famous story of Frankenstein. In trying to create life, the young student Victor Frankenstein unleashes forces beyond his control, setting into motion a long and tragic chain of events that brings Victor himself to the very brink. How he tries to destroy his creation, as it destroys everything Victor loves, is a powerful story of love, friendship…and horror.

Mary Shelley was born in London in 1797, daughter of William Godwin and Mary Wollstonecraft, famous radical writers of the day. In 1814 she met and soon fell in love with the then-unknown Percy Bysshe Shelley. In December 1816, after Shelley’s first wife committed suicide, Mary and Percy married. They lived in Italy from 1818 until 1822, when Shelley drowned, whereupon Mary returned to London to live as a professional writer of novels, stories, and essays until her death in 1851.

Tim McDonagh is a prolific and highly respected artist who has worked for Nike, Puma, Harley Davidson, Budweiser, New York Magazine, Field & Stream, The Hollywood Reporter, CNBC, Entertainment Weekly, Variety, and Newsweek, and many other high-profile clients. He lives in England.