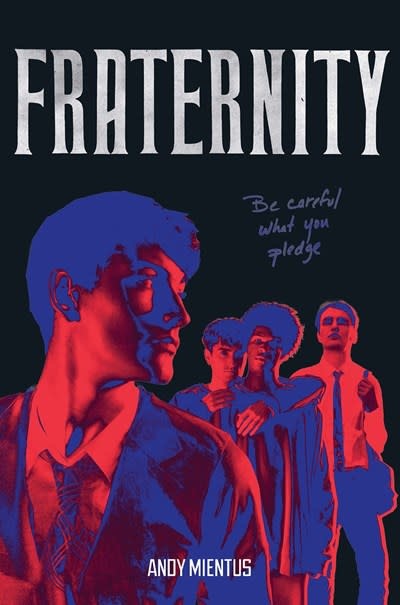 A queer, dark academia YA story about a mysterious boarding school, a brotherhood that must stay in the shadows, and an ancient evil that could tear it all apart. In the fall of 1991, Zooey Orson transfers to the Blackfriars School for Boys hoping for a fresh start following a scandal at his last school. However, he quickly learns that he isn’t the only student keeping a secret. Before he knows it, he’s fallen in with a group of boys who all share the same secret, one which they can only express openly within the safety of the clandestine gatherings of the Vicious Circle––the covert club for gay students going back decades. But when the boys unwittingly happen upon the headmaster’s copy of an arcane occult text, they unleash an eldritch secret so terrible, it threatens to consume them all.

A queer paranormal story set during the still-raging AIDS crisis, Fraternity examines a time not so long ago when a secret brotherhood lurked in the shadows. What would Zooey and his friends do to protect their found family?

Andy Mientus is a writer and actor best known for his work in the Broadway musicals Spring Awakening, Les Misérables, and Wicked, and on television in The Flash, Smash, and the upcoming Netflix series Grendel. He is the author of three Backstagers novels, which are based on the BOOM! comics. He lives in New York City. @AndyMientus